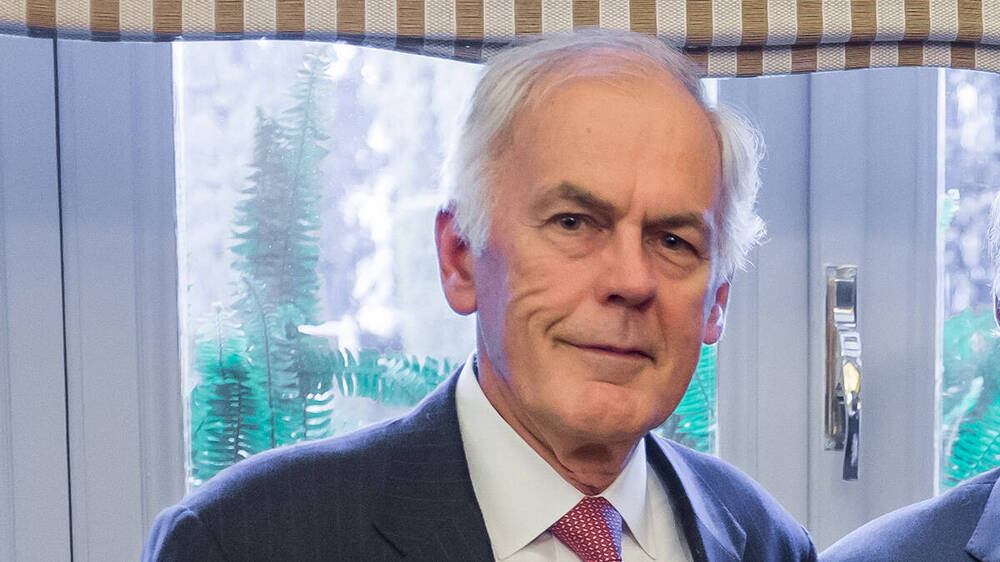 Robert M. Conway, a member of the University of Notre Dame’s Board of Trustees for more than three decades, died Sunday (Jan. 15) in New York City. He was 78.

“Bob was an accomplished business leader, a generous benefactor, a Trustee and loyal alumnus of Notre Dame and, above all, a true gentleman,” University President Rev. John I. Jenkins, C.S.C., said. “He was also to many of us a dear friend, whom we will miss deeply.”

Born in Rochester, Minnesota, Conway earned his bachelor’s degree in government and international studies from Notre Dame in 1966 and was devoted to the University and his cherished classmates throughout his life.

Conway’s more than 50-year career with Goldman began in 1970 as an associate in the New York office. He served as a vice president from 1973 to 1978, when he became a partner, member of the board and senior director of Goldman Sachs International Corp. in London.

Conway was elected to Notre Dame’s Board of Trustees in 1990, and served for 16 years as a member, vice chair and chair of the Academic and Faculty Affairs Committee, championing many important academic initiatives, especially in the arts and humanities. He also was a member of the International Facilities Committee and the Undergraduate Education and Student Life Committee. He previously was a member of the University’s advisory council for the College of Arts and Letters, the Ireland Council and the Performing Arts Council.

Notre Dame’s student residence hall in London is named in honor of Conway and his wife, Ricki. Located in the heart of the city’s South Bank cultural center, Conway Hall is a 15-minute walk to the University’s London Global Gateway in Trafalgar Square. Constructed in 1823, the building was originally used as an infirmary for indigent children. A gift from the Conways made possible a complete façade restoration and interior renovation. It opened in August 2011 and can accommodate more than 275 students.

The Conways also endowed the directorship of Notre Dame’s Medieval Institute and have provided funding for an innovative exchange program for institute faculty with the University of Oxford, as well as for medieval conferences at the London gateway.

Notre Dame bestowed an honorary doctor of laws degree on Conway in 2005, in recognition of his many contributions as “an alumnus and Trustee who has enriched culture, commerce and education on an international scale.”

In addition to his service to Notre Dame, Conway was a past president of Harris Manchester College at Oxford. He was a member of the Council of Management for the Ditchley Foundation, an organization that focuses on British-U.S. relations, and on the board of the English Chamber Orchestra and Music Society. Together with Ricki, he was a generous supporter of the arts, especially dance, serving for many years on the board of trustees of the American Ballet Theatre (ABT), as did Ricki. Thanks to the Conways, Notre Dame hosted a performance by ABT in the DeBartolo Performing Arts Center on its campus.

A private service is planned.

Originally published by Dennis Brown at news.nd.edu on January 19, 2023.