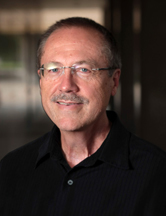 Michael “Mic” Detlefsen has finally stopped pinching himself. But he’s not yet beyond the point of using words like “delightful” and “humbling” to describe the tremendous good fortune that has come his way.

Use of the word “fortune” is apropos. Detlefsen, a professor of philosophy at Notre Dame and co-editor of the Notre Dame Journal of Formal Logic, has been named to a senior Chaire d’Excellence by the French National Research Agency (ANR). The agency initiated the program to attract world-class researchers and scholars to France.

ANR supports the chair with $1.1 million. Three French universities — the University of Paris, University of Nancy and Collge de France — nominated Detlefsen for the chair and backed their nomination by contributing additional financial resources. The total package is closer to $2.4 million, and calls on Detlefsen to spend the better part of each year at various institutions in France through 2011.

His plans include close collaboration with faculty colleagues from France and elsewhere, as well as with a group of postdoctoral fellows and doctoral students yet to be selected.

Detlefsen is one of three scholars selected for ARN chairs, and the work of his cohorts is impressive. Michel Devoret, a physicist at Yale, spearheads a project exploring the science and technology necessary to build a quantum computer. Patrick Cavanagh, a cognitive psychologist, is an artificial intelligence researcher at Harvard University’s Vision Science Lab.

The award, Detlefsen says, is “touching and gratifying.” To put it in a local context, imagine Notre Dame joining with Indiana and Purdue Universities to kick in more than $1 million, and Indiana Gov. Mitch Daniels adding another $1.1 million, all to attract one part-time scholar — one who wouldn’t necessarily take up permanent residency at any of those universities.

Detlefsen smiles at the analogy and notes: While the state of Indiana invests in research, it favors the kind that in some pretty immediate way looks to support the state’s economy.

Detlefsen’s work is a challenge to grasp. He is a specialist in logic and the history and philosophy of mathematics. These are fields that have contributed to economically important developments such as the development of modern conceptions of computation and, hence, the modern computer. But aspects of these fields, and some of the areas he pursues, have no immediate or visible economic end.

Detlefsen likens himself to a cartographer who is trying to find what the place of mathematics is in the greater intellectual map of the human mind. He is interested, in particular, in understanding the practice of mathematicians to devise instruments to help them solve problems and prove theorems.

The central concern of his proposed research is the use of ideal elements, or items that have proven useful to mathematicians in solving problems but whose legitimacy is open to certain doubts. Mathematicians would recognize “the square root of -1” as one such concept.

“Do these instruments genuinely extend our knowledge?” his research asks.

Mathematicians, particularly the kind who are anxious to solve problems, might be skeptical about the value of Detlefsen’s work. But one of the pleasures of Notre Dame, where he has taught and studied since 1983, is the collegial collaboration between philosophy and mathematics.

Detlefsen’s co-editor of the “Notre Dame Journal of Formal Logic,” published since the 1960s, is Peter Cholak of mathematics, and the journal’s contributors cross the disciplines. Colleagues from both departments often work hand-in-hand to guide doctoral candidates to their degrees.

“It’s not the only program of its kind, but it is unusual,” he says.

Originally published by Gail Hinchion Mancini at newsinfo.nd.edu on August 29, 2007.