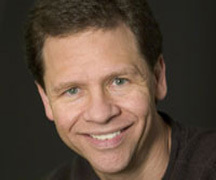 Jeffrey Stepakoff, a former Hollywood television writer and producer, will deliver a lecture titled “The Rise of the Writer in Hollywood” at 7p.m. Feb. 19 (Tuesday) in the Browning Cinema of the DeBartolo Center for the Performing Arts at the University of Notre Dame.

Admission is free, but tickets are required and may be ordered in advance from the center box office at 574-631-2800.

Having spent nearly two decades working in Hollywood, Stepakoff will trace the history of scripted entertainment during the era of media consolidation. He will discuss how entertainment became a great American commodity, where the business is going, and what the Writer’s Guild strike meant for the industry.

Stepakoff has worked on seven primetime staffs and written for 14 different television series, including the Emmy-winning “Wonder Years” and “Dawson’s Creek,” for which he also was a co-executive producer. He developed and wrote major motion pictures, including “Tarzan” (1999) and “Brother Bear” (2003) for Disney.

In 2007, Stepakoff published the book “Billion Dollar Kiss: The Kiss that Saved Dawson’s Creek and Other Adventures in TV Writing,” a revealing account of his experiences in the television industry.

Stepakoff currently resides with his wife and two young daughters in Dunwoody, Ga., and has a professorship in film and television writing at Kennesaw State University.

The lecture is sponsored by the DeBartolo Center; the Browning Cinema; the Department of Film, Television and Theatre; and the Arts and Letters Learning Beyond the Classroom Program.

Originally published by Maureen Mullen at newsinfo.nd.edu on February 15, 2008.