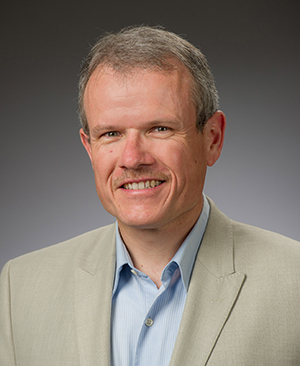 University of Notre Dame Professor Alexander Martin has been awarded the 2013 Marc Raeff Book Prize for Enlightened Metropolis: Constructing Imperial Moscow, 1762 – 1855;. The annual prize, awarded by the Eighteenth-Century Russian Studies Association, honors the best book in any discipline or language on the history and culture of Russia during that time period.

The members of the prize committee “were united in respect for the agility with which the book moves among cultural, social, and infrastructural themes, from sentiments to sights and smells,” said a letter from the association’s president, University of Illinois Professor John Randolph. “‘This triple perspective gives the analysis particular richness and scope,’ one panelist concluded.”

Martin said he was honored to receive the award. “I work in a small field, and this is its biggest prize. It means a lot to be recognized by my colleagues.”

The late Marc Raeff, Martin said, was a Russian émigré and professor at Columbia University. At the height of the Cold War, Raeff played a key role in establishing the history of tsarist Russia as a field of study and research at American universities. 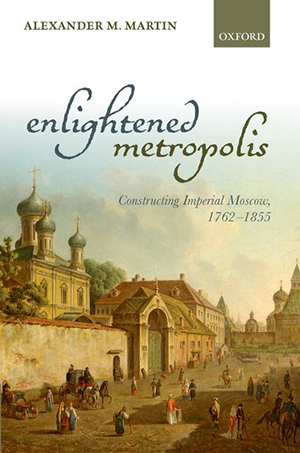 “The standard stereotype is that St. Petersburg was Russia’s window to Europe, whereas Moscow preserved the nation’s traditions,” Martin said. “I make the argument that this is not true. The tsarist regime worked to make Moscow a modern European city, with new buildings, a police force, and an improved infrastructure.”

In Enlightened Metropolis, Martin reveals that tsarist Moscow was also developing a middle class, “more than we sometimes think.”

The idea of 19th century Moscow as a backward, un-European, and quintessentially “Russian” city needs to be revised, he said, noting that the city had actually kept up with Europe until the early 1800s.

But after Napoleon’s 1812 invasion of Russia and “disastrous” occupation of Moscow, Martin said, Russia failed to keep pace with the Industrial Revolution.

Martin said research he conducted for his previous book, Romantics, Reformers, Reactionaries: Russian Conservative Thought and Politics in the Reign of Alexander I, helped spark the idea for Enlightened Metropolis.

He read a number of memoirs, which he said offered fascinating glimpses into life in Moscow in the 18th and 19th centuries.

Another inspiration for Enlightened Metropolis, Martin noted, was the ongoing discussion of American cities in the media and popular culture—from stories of declining cities in the 1970s and ’80s to a renaissance of sorts from the 1990s forward.

“I thought it would be really interesting to look at how cities develop as a historical phenomenon.”

While Enlightened Metropolis is being translated for publication in Russia, Martin is turning his attention to rebels and revolution. This fall, he is teaching a seminar on rebels in tsarist Russia, as well as a course called Europe in the Age of Revolution and Nationalism: 1789–1871, which examines the political, social, and cultural transformations that gave rise to modern Europe.