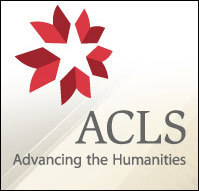 If recent history repeats itself, University of Notre Dame historians will enjoy looking to the future.

Over the last three years, Notre Dame’s Department of History has won more research fellowships from the American Council of Learned Societies (ACLS) than any other university in the country and, in fact, has accumulated 20 external fellowships over that time period, more than a dozen of which are from agencies used by the National Research Council (NRC) to assess the strength of humanities departments.

A federation of 70 national scholarly organizations, the ACLS is the preeminent representative of American scholarship in the humanities and related social sciences.

Ahead of all other Top 25 research universities, Notre Dame’s history department has earned six ACLS fellowships since 2005, compared with four for Brown University; three each for Harvard, Yale and Vanderbilt Universities; two each for Stanford, Princeton and Northwestern Universities; and one for Columbia University.

“I think my colleagues have been so successful because they bring an unusual combination of erudition, originality and ambition to their work,” said Thomas Noble, professor and chair of history and a past recipient of National Endowment for the Humanities (NEH) and Fulbright fellowships.

This year’s ACLS honorees are planning academic leaves to immerse themselves in their research.

John Van Engen, Notre Dame’s Andrew V. Tackes Professor of History, is working on a major reinterpretation of the intellectual and cultural life of 12th century Europe. He also is the recipient of a 2008 NEH research fellowship.

An associate professor of history, Alexander Martin is concluding a decade of research with a book titled “Enlightened Absolutism and Urban Modernity in Moscow, 1763-1881.”

“It deals with the efforts by the ruling elites of tsarist Russia to make Moscow a showcase for the type of authoritarian, Western-oriented modernization that they hoped to replicate throughout Russia,” Martin explained.

Gail Bederman, an associate professor of history who specializes in gender and sexuality in the U.S., is writing a two-volume history of the earliest public advocacy of contraception in Britain and the U.S.

“One of the striking things about the department’s fellowship record is that faculty who are studying diverse topics with different methodologies have won the awards,” said John McGreevy, I.A. O’Shaughnessy Dean of the College of Arts and Letters and former department chair. “And the pattern over the last few years with multiple ACLS awards per year has been extraordinary.”

One of the nation’s leading centers for historical study, Notre Dame’s history department is home to a faculty that has doubled in size over the last 15 years. Recently, its historians also have won numerous NEH fellowships, a Guggenheim fellowship, major grants from the Hoover Institution and Spencer, Mellon and Earhart Foundations, and a fellowship from the American Academy in Rome.

Books written with such support have garnered a number of awards, including the Bancroft Prize in American History and the American Historical Association’s James A. Rawley Prize in Atlantic History.

Pierpaolo Polzonetti, an assistant professor of liberal studies at Notre Dame, also received an ACLS fellowship this year, bringing to four the university’s total for 2008.

Evidence that many of Notre Dame’s leading scholars delight in spending the present living in the past.