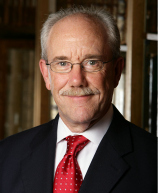 Thomas F.X. Noble, chair of the Department of History at the University of Notre Dame, has been elected vice president of the American Catholic Historical Association (ACHA) in 2011 and will become its president in 2012.

Noble is a professor of history and former director of the Medieval Institute in the College of Arts and Letters. He has been a member of the ACHA for 35 years and is a past member of its executive council.

“I was surprised and delighted to be elected president of the American Catholic Historical Association, not least because I am the sixth historian from Notre Dame to be accorded this honor,” Noble says.

As a scholar, Noble’s work has focused on Carolingian history, medieval Rome, the popes, the papacy, papal relations with Byzantium, and controversies over religious art. Noble’s recent books include Images, Iconoclasm, and the Carolingians (2009), Charlemagne and Louis the Pious: Lives by Einhard, Notker, Ermoldus, Thegan, and the Astronomer (2009), and From Roman Provinces to Medieval Kingdoms (2006). He is currently writing a book called Rome in the Medieval Imagination, which will explore how writers talked about Rome from Constantine to Petrarch.

ACHA is a national society of scholars, archivists, and teachers of Catholic studies, including some of the country’s most influential academics. The association also publishes the journal Catholic Historical Review.

“Like all learned societies today, the ACHA faces challenges in terms of membership and financial support,” Noble says. “I anticipate working hard on these thorny issues.”