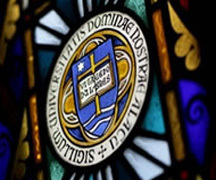 Four doctoral candidates at the University of Notre Dame who are receiving the 2008 Eli J. and Helen Shaheen Graduate School Awards will be recognized at the school’s commencement ceremony at 10 a.m. May 17 (Saturday) in the Joyce Center.

Named in honor of a Notre Dame alumnus and his wife, the award recognizes the top graduating doctoral degree recipients in the humanities, social sciences, science and engineering. Nominated by their departments, the Shaheen Award winners are chosen for their superior ability as exhibited by grades, research and publication records, fellowships, and other awards received during the course of study at Notre Dame, and teaching ability.

The Shaheen Award recipients are:

Hussar, in literature, wrote his dissertation, “Cycling Through the Pampas: Fictionalized Accounts of Jewish Agricultural Colonization in Argentina and Brazil,” under the direction of Mara Rosa Olivera-Williams, associate professor of Romance languages and literatures.

Hussar is the first graduate of Notre Dame’s doctoral program in literature. His dissertation on the short story cycle in the works of four important Jewish Latin American authors is an original approach to the issue of how one can negotiate religious, ethnic, national and regional identity.

Hussar has had four articles published in refereed journals and his translation from Portuguese into English of an essay by the scholar and former Brazilian President Fernando Henrique Cardoso is under final review by Stanford University Press.

He has made presentations at nine national and international conferences and received numerous awards for his teaching, including two Kaneb Center teaching awards, the Dondanville Family Graduate Award in Arts and Letters for excellence in teaching, and a graduate teaching fellowship.

Invited for campus interviews at 15 universities, Hussar has accepted a position as an assistant professor at California State University at Fullerton, which has an outstanding Center for Latin American Studies.

Converse has advanced biomaterials research by creating synthetic biocomposites that mimic key aspects of the structure and mechanical properties of both cortical and trabecular bone. In addition to being a significant engineering and scientific achievement, his work establishes a path for tailoring materials to better integrate medical devices and bone tissue in clinical applications. A likely near-term impact will be in interbody spinal fusion, where the composite biomaterials will enable new implant designs intended to improve clinical outcomes.

Converse has authored several conference presentations and archival journal publications, developed intellectual property, trained and mentored both graduate and undergraduate students, and been recognized by the Kaneb Center for Teaching and Learning as an outstanding teaching assistant.

Beaulieu, in biological sciences, wrote his dissertation, “Controls on Greenhouse Gas Emissions from Headwater Streams,” under the direction of Jennifer Tank, Galla Associate Professor of Ecology.

Many human activities have increased the concentration of greenhouse gases in the atmosphere to dangerous levels. Identifying the sources of these gases is critical in controlling their emissions. In cutting-edge research into this important ecological issue, Beaulieu linked emissions from headwater streams to specific effects of human land use and identified management actions that could be taken to reduce the emissions.

Beaulieu has presented his research at national meetings and published his work in peer-reviewed journals. Also, in his final year of graduate school, he was the co-principal investigator on a grant proposal funded by The Nature Conservancy examining the effects of novel restoration practices on metabolism and nutrient retention in agricultural streams.

Beaulieu is now a postdoctoral research hydrologist at the United States Environmental Protection Agency in Cincinnati.

Salafia, in psychology, wrote her dissertation, “Marital Conflict and Responsive Parenting as Mediators of the Relation between Maternal Emotional Distress and Adolescent Adjustment,” under the direction of Dawn Gondoli, professor of psychology.

Salafia is the first and co-author of several peer-reviewed publications. She is an award-winning teaching assistant and served as a graduate student advisor to four Notre Dame undergraduate students completing senior honors theses. Completing her doctoral work in only five years, she has accepted a tenure-track position as an assistant professor in the Department of Child Development and Family Service at North Dakota State University.

After earning his bachelor’s and law degrees from Notre Dame in 1934 and 1936, Eli Shaheen taught at the University for five years, then served as an officer in the Army during World War II. A community leader in Sturgis, Mich., he was owner and president of the Sutton Tool Company from 1945 to 1986, at which time he sold the company and formed Sturgis Enterprises.

Shaheen, who died in 1993, and his wife, Helen, supported the University in many ways, including four fellowships in the Law School, the Shaheen-Mestrovic Memorial on campus, and the Eli J. and Helen Shaheen Endowment for Architecture.

The Shaheen Graduate School Awards were established by an endowment from their daughters, Christine Broussard and Paula Eide.

Originally published by William G. Gilroy at newsinfo.nd.edu on May 14, 2008.