The Notre Dame Alumni Association recently announced the recipients of four of its most prestigious honors, including three alumni from the College of Arts and Letters. The awards were presented January 14-15 during the winter meeting of the Alumni Association’s Board of Directors.

The Dr. Thomas A. Dooley Award 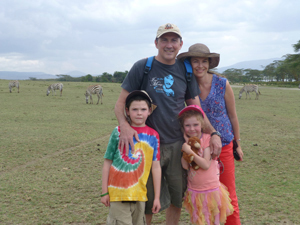 For his inspiring commitment to serving those most in need, Dr. Michael L. Mara, M.D., ’86 was presented with the Dr. Thomas A. Dooley Award, which is conferred on an alumnus or alumna who has exhibited outstanding service to humankind.

In 1995, Mara entered private practice in Bend, Oregon, specializing in orthopedic surgery and hand and microvascular surgery. He regularly traveled internationally to teach and practice orthopedic surgery, including trips to Latvia, Brazil, Tanzania, Cambodia, Nepal, Haiti, Kenya, South Sudan, and northern Somalia. While working in Tanzania, he met his wife, Ann. The couple married in 2003 and have two children, Michael and Jane.

After working in post-earthquake Haiti in 2010, Mara began making plans to leave private practice and devote his career to full-time teaching and medical care in underserved countries. Since 2010, he has lived in the small village of Kijabe, Kenya. He serves as the head of orthopedic surgery at Kijabe Hospital, a rural, faith-based hospital with some of the leading medical and surgical training programs in sub-Saharan Africa.

“Dr. Tom Dooley’s writings inspired me as a child to become a physician, and my years at Notre Dame taught me about character, service, and faith,” Mara said. “My parents, Lee and Susanne Mara, sacrificed greatly to put all six Mara children through college, and I pray that this award honors their love of God, education, and service.” 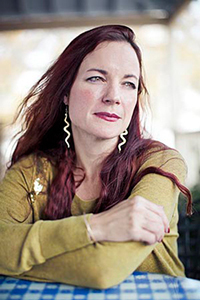 In honor of her distinguished career as a poet and author, Beth Ann Fennelly ’93 was presented with the Rev. Robert F. Griffin, C.S.C., Award, which recognizes outstanding accomplishments or achievements in writing.

Fennelly’s poetry has earned her widespread acclaim and recognition. She has won grants from the N.E.A., the MS Arts Commission, and United States Artists. Fennelly’s work has won a Pushcart Prize and has been included in The Best American Poetry series three times. She has read poetry at the Library of Congress at the invitation of the U.S. Poet Laureate. Fennelly also writes essays on travel, culture, and design for Country Living, Southern Living, AFAR, Garden and Gun, The Oxford American, and other publications.

Fennelly has published three full-length poetry books: Open House, Tender Hooks, and Unmentionables. She also wrote Great with Child, a book of nonfiction. The Tilted World, a novel she co-authored with her husband, Tom Franklin, was published in 2013.

Fennelly directs the MFA Program at the University of Mississippi, where she was named Outstanding Teacher of the Year. She lives in Oxford, Mississippi with her husband and their three children.

“Receiving the Griffin Award is immensely gratifying for me,” Fennelly said. “It was at Notre Dame that I had my first gifted teachers and realized that I wanted to be a writer. I took the first steps along a path that has given me much joy, and being welcomed home is one of the most meaningful and affirming honors of my life.” 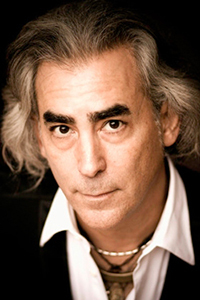 In recognition of his distinguished work as an author, filmmaker, journalist, and producer, John Phillip Santos ’79 is honored with the Rev. Anthony J. Lauck, C.S.C, Award, which is presented to an alumnus or alumna with outstanding accomplishments or achievements as a practicing artist.

A native of San Antonio, Santos earned a B.A. in philosophy and literature from Notre Dame. He was the first Latino to be elected as a Rhodes Scholar and holds degrees in English literature and language from the University of Oxford.

Santos is a widely published author and media producer who has produced documentaries and news programs in 16 countries for CBS and PBS. His work has appeared in The New York Times, the Los Angeles Times, the San Antonio Express-News, the Manchester Guardian, Texas Monthly, and numerous other publications in the U.S., Mexico, and Europe. Santos was a program officer in Media, Arts and Culture at the Ford Foundation, where he managed $40 million in grants supporting media productions and the creation of public interest channels and networks in the United States and throughout the developing world.

Since 2010, he has been the University Distinguished Scholar in Mestizo Cultural Studies, teaching in the Honors College at the University of Texas, San Antonio. He lives in San Antonio with his wife, the poet Frances Treviño Santos, and their daughter, Francesca de la Luz.

“I’m deeply moved to receive this recognition from the Alumni Association,” Santos said. “Thanks to the support of the community of colleagues and professors I found there, Notre Dame was the place where I became a writer, for which I’ll be ever grateful.” 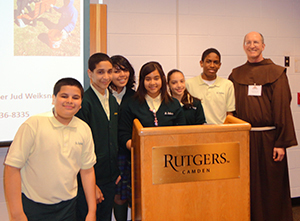 For his years of service and his demonstrated commitment to the welfare and development of young people, Father William “Jud” Weiksnar, O.F.M., ’79 is presented with this award, which is bestowed upon an alumnus or alumna doing exceptional work with youth for the betterment of the quality of life.

A native of Buffalo, New York, Father Weiksnar majored in accountancy at Notre Dame, where he served as a resident assistant in Grace Hall. After graduating, he taught for two years at Holy Trinity High School in Chicago, a school run by the Congregation of Holy Cross. He then attended the University of Buffalo, earning a J.D./Ph.D. in Law and Policy Studies.

Inspired by the influence of Father Charles Faso, O.F.M., ’76 M.A., who served as the assistant rector in Grace Hall in 1975-76, Father Weiksnar entered the Franciscans of Holy Name Province in 1987. After graduating with an M.Div. from the Washington Theological Union in 1994, he was ordained to the priesthood.

Father Weiksnar has served at St. Camillus Parish in Silver Spring, Maryland, St. Bonaventure University, and St. Anthony of Padua Parish in Camden, New Jersey. During his time at St. Anthony of Padua, he founded the Student Leaders’ Von Nieda Park Task Force, an organization of students dedicated to making their local park safer in one of the nation’s most dangerous cities.

Father Weiksnar currently serves at St. Patrick Friary in Buffalo, where he is active with the Notre Dame Club of Buffalo/Western New York.

“After frankly being an underachiever during my undergraduate years at Notre Dame, I was humbled to be nominated and chosen for the Reynolds Award when so many alumni are doing such extraordinary things with youth around the country and the world,” Father Weiksnar said. “I’ve had no greater satisfaction as an accountant, lawyer, or priest than to work with the Student Leaders, as they epitomize the spirit that is helping Camden, New Jersey shed the designation of being the nation’s poorest and most violent city.”