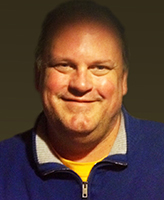 Despite knowing very little about finance at the time, Kevin Becker landed a choice position as an analyst at Morgan Stanley after he graduated from Notre Dame in 1988.

Becker had majored in the Program of Liberal Studies and his academic background was centered on the Great Books, from Plato to Euclid to Dostoyevsky.

That training in analytical thinking, he says, was exactly what Morgan Stanley wanted.

“My major had everything to do with me getting a job at Morgan Stanley,” says Becker, 47, who now owns an asset management company in New York. “Taking a liberal arts approach to Wall Street made perfect sense to the folks that hired me.”

Becker started as a quantitative analyst, a role that required him to quickly master technical financial skills. Though he may have not fully understood bonds and capital markets on his first day of work, he was skilled in distilling basic truths out of complexity.

“You can discern, ‘What do I need to know? And why is it valuable?’ And you can get to it very quickly,” Becker says. “All I knew was that if I could read Aristotle and come away with a clear idea of how that text actually works in the 20th century, certainly I could figure out what a bond market was.”

Becker thrived at Morgan Stanley and spent six years there, five of them in the firm’s London office. At the age of 28, he moved to rural Missouri to work as chief financial officer of Premium Standard Farms, before transitioning into hedge fund work in 1996. He served as managing director of Tiger Capital Management before eventually starting his own hedge fund.

In 2004, he shut down the fund to spend three years traveling around the world with his wife and three children. When they returned, Becker started The Kiski Group, which advises large companies and hedge funds on asset management.

His CEO position requires thoughtful analysis and an ability to make sense of facts and numbers that can be interpreted in myriad ways.

“Our job is to simplify complex areas of the financial markets so large organizations and new organizations can exploit opportunities that present themselves,” he says.

Becker says he frequently returns to the skills he learned in the College of Arts and Letters—communication, problem solving, argumentation, persuasion, and tenacity.

“Every seminar class was your attempt to distill the universality of a complex work of literature,” Becker says. “When you’re sitting with Brothers Karamazov, there are 150,000 ways to interpret the characters and interrelations of the characters and how they speak to universal truths. You can apply that analytical capacity to any profession.” 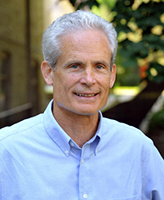 One of Becker’s favorite PLS classes was Ethics, taught by Professor F. Clark Power. The course focused on how to create a just society, and the students wrestled with difficult decisions as they tried to produce such a culture.

“The beauty of Clark Power’s class is that we were able to fail ethically in a safe environment,” Becker says. “You can then take that lesson with you for the rest of your life.”

Becker did just that as he established himself in a field that offers temptations to cut corners, he says.

“When we study the humanities, we absorb the principles of ethics in a way that you can’t if someone just tells you what not to do,” Becker says. “Who is going to be more ethical, the person to whom you tell the rules, or the person who understands why the rules exist?”

Becker says his liberal arts education at Notre Dame made him a lifelong learner, enabling him to stay ahead of the curve in the ever-changing world of finance.

“The hard part is being able to communicate and learn, and that’s where most people fall down,” Becker says. “They have difficulty articulating what it is they know. Being able to articulate what you know is more valuable than having a technical skill.”

Countless possibilities await those who study in the College of Arts and Letters, Becker says.

In 2005, Becker collected a series of short essays by fellow PLS graduates reflecting on the value of their unusual education. Whether they pursued careers in law, science, medicine, the humanities, or business, the contributors found that their experiences in the Program of Liberal Studies had a transformative effect on their lives and vocations. Read the essays here.