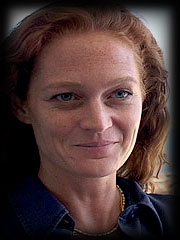 “All the Invisible Children,” a compilation of seven stories examining the exploitation of children, will be screened Saturday (Dec. 8) at 7 and 10p.m. in the Browning Cinema of the University of Notre Dame’s DeBartolo Center for the Performing Arts.

Admission is $6 for the general public, $5 for faculty and staff and $3 for students. Ticket information is available at the performing arts center box office or by calling 574-631-2800 or at http://performingarts.nd.edu on the Web.

Brazilian-American director Ktia Lund and writer Eduardo Gutemberg dos Reis will participate in a discussion following the earlier screening. The pair collaborated on one of the seven stories that depicts a day in the life of Bilu and Joo, two enterprising young children struggling to get by on the street of So Paulo, Brazil.

Best known for the Academy Award-nominated Brazilian film “City of God,” Lund is one of seven filmmakers, including John Woo and Spike Lee, who each directed a segment in “All the Invisible Children.”

The screening is part of the WORLDVIEW film series, an initiative sponsored by the University’s Office of the President to promote constructive dialogue on issues of race, ethnicity, religion, class and gender through the arts.

Originally published by Julie Hail Flory at newsinfo.nd.edu on December 05, 2007.