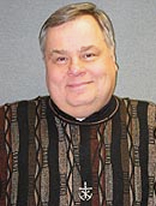 Rev. Charles B. Gordon, C.S.C., assistant professor of theology at the University of Notre Dame, will speak on “The Chronicles of Narnia,” by C.S. Lewis at 8p.m. Thursday (Dec. 8) in Room 102 of DeBartolo Hall.

The lecture is being sponsored by the Center for Ethics and Culture in anticipation of the Friday premiere of the Disney film “The Lion, the Witch and the Wardrobe,” which has become the most recent battlefield of the culture wars. Based on the first of the seven children’s novels written by Lewis 50 years ago, the increasingly controversial film has been alternately praised as a salutary allegory of Christian doctrine and denounced as a cynical appeal to the manipulations of reactionary religious ideologues.

Father Gordon was graduated from Notre Dame in 1978 and earned his master’s degree from the University in 1986. He earned his doctoral degree from Cambridge in 1999, writing his doctoral dissertation on the concept of the supernatural in Shakespeare’s England. A systematic theologian and the former director of Notre Dame’s Old College undergraduate seminary program, he is particularly interested in the relationship between theology and literature and teaches a popular undergraduate course, “Literary Catholicism,” which approaches fundamental theology through the works of 20th century Catholic novelists.

Originally published by Michael O. Garvey at newsinfo.nd.edu on December 07, 2005.