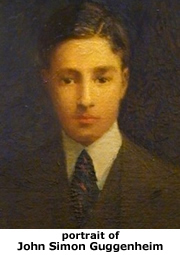 Kathryn Kerby-Fulton, the Notre Dame Professor of English at the University of Notre Dame, has been awarded a 2007-08 fellowship from the John Simon Guggenheim Memorial Foundation.

Guggenheim Fellowships are awarded to experienced scholars, scientists and artists on the basis of distinguished achievement in the past and exceptional promise for future accomplishment. Kerby-Fulton, one of 189 fellows selected out of nearly 2,800 applicants, will spend the year working on her current research project, titled “Medieval Reading Circles and the Rise of English Literature in England and Anglo-Ireland.”

Kerby-Fulton, who earned her doctorate at the University of York in the United Kingdom, specializes in Middle English literature and related areas of medieval studies. Previously a faculty member at the University of Victoria, she has served as a visiting scholar at Yale University and completed a fellowship at the Institute for Advanced Study at Princeton University.

She is the author of two books on medieval literary writers, “Reformist Apocalypticism and Piers Plowman” and “Books Under Suspicion: Censorship and Tolerance of Revelatory Writing in Late Medieval England.”

Originally published by Kyle Chamberlin at newsinfo.nd.edu on April 19, 2007.