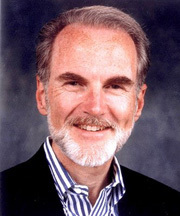 Jack DuVall, president and founding director of the International Center on Nonviolent Conflict (ICNC), will discuss the power of nonviolence to challenge oppression around the world in two presentations on Nov. 11 (Tuesday) at the University of Notre Dame. Both events are free and open to the public.

People around the world today are fighting for their rights and challenging dictators, military occupiers and other oppressive forces in Asia, Africa, the Middle East and elsewhere. DuVall will explore the unprecedented level of international civil resistance as a strategy of liberation and what it means for human rights, political freedom and the threat of extreme violence.

The ICNC is an independent, nonprofit educational foundation that develops and encourages the study and use of civilian-based, nonmilitary strategies to establish and defend human rights, democracy and justice worldwide. Victoria Tin-Bor Hui, assistant professor of political science and faculty fellow at Notre Dame’s Kellogg Institute for International Studies, serves as academic advisor to the center.

DuVall was the executive producer of the Emmy-nominated PBS television series “A Force More Powerful,” and co-author of the companion book of the same name (Palgrave/St. Martin’s Press 2001). Both series and book focused on one of the 20th century’s most important but least-understood stories—how nonviolence has overcome oppression and authoritarian rule all over the world.

In many years as a writer and producer, DuVall developed, produced and marketed non-fiction television programming, with clients including the Turner Broadcasting System, The Learning Channel and more than 30 other commercial television and nonprofit organizations.

DuVall previously served as vice president for program resources at WETA in Washington, D.C.; director of corporate relations at the University of Chicago; and as an officer in the U.S. Air Force. His writing includes speeches for presidential candidates in four national campaigns as well as op-eds and articles in the Harvard International Review, the International Herald Tribune, Le Monde, the Boston Globe, Newsday, the Philadelphia Inquirer and the Christian Science Monitor, among other publications.

He holds a bachelor’s degree from Colgate University and serves as a member of the board of sponsors of Morehouse College in Atlanta and an associate of the Centre for Justice and Peace Development at Massey University in Auckland, New Zealand.
The events are co-sponsored by the Kellogg Institute and the Notre Dame’s Kroc Institute for International Peace Studies.

Originally published by Elizabeth Rankin and Therese Hanlon at newsinfo.nd.edu on November 06, 2008.