Catherine Cangany, Deborah Tor, and Gil-li Vardi joined the Department of History faculty this fall. Although the three women share a passion for teaching and research, their areas of expertise vary widely, from military history to the colonial Midwest to medieval Islamic history. 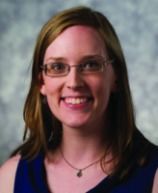 Assistant Professor Catherine Cangany specializes in history of Early French and British North America, particularly the colonial Midwest. She shares that perspective in her Notre Dame classes on colonial America by including readings from the Huron Mission, a French Catholic outpost near Detroit.

While studying the British colonies as a Ph.D. student at the University of Michigan, Cangany worked in a Detroit historical museum—and she says it inspired her to combine both areas of interest.

“It was a way to bring colonial Detroit into this field that has largely excluded the frontier,” she says.

In addition to teaching colonial history for history majors this fall, Cangany leads a seminar on Puritans in popular culture for first-year students.

Her new position in the Department of History at Notre Dame allows Cangany to return to her home state, where she received undergraduate degrees in English and classics from Indiana University before deciding history was her true calling.

Her commitment to the Midwest, she says, is part of what drew her to Notre Dame, along with the University’s emphasis on service learning, social justice and community. 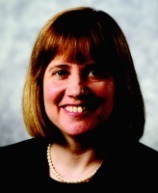 Assistant Professor Deborah Tor, a specialist in medieval Middle Eastern and Central Asian history, received her Ph.D. from Harvard University with a dissertation on the privatization of Jihad in the 8th century and the rise of independent militias.

Tor completed her bachelor’s and master’s degrees at the Hebrew University of Jerusalem. She was subsequently a post-docotral fellow at Harvard, a member of the Society of Fellows at Ben Gurion University of the Negev, and then taught for five years as an assistant professor at Bar-Ilan University in Israel before coming to Notre Dame.

Tor is currently teaching a graduate course on the Islamic Caliphate and an undergraduate introductory survey of the medieval Middle East.

Tor’s first book, Violent Order: Religious Warfare, Chivalry, and the ’Ayyār Phenomenon in the Medieval Islamic World, was published in 2007. Her new research is on the Turko-Mongol era that started in the region in the 11th century, and her second book, a thematic history of the Great Saljuq Dynasty (1040-1194), will be published by Cambridge University Press.

Tor says she finds Notre Dame’s Catholic identity especially congenial. “It’s a lot closer to the medieval context and the medieval world view,” she says. “To understand medieval history, one has to be able to take religion seriously. Notre Dame was precisely what I was looking for in a university.” 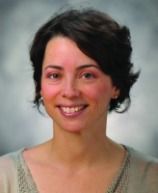 Assistant Professor Gil-li Vardi is a military historian who researches how armies develop and maintain patterns of thought and action. She applies theories of organization and military culture to the analysis of modern European and Middle Eastern wars, seeking to better understand key decisions made before and during these events.

Vardi is currently working on a book manuscript that explores the evolution of German military ideas and practices in the 1920s and 1930s. She is also conducting research on the origins and dynamics of Israeli military culture.

Vardi did her undergraduate work at Tel Aviv University and received her Ph.D. from the London School of Economics and Political Science. Before coming to Notre Dame, she was a research fellow at the University of Oxford’s Leverhulme Programme on the Changing Character of War.

This semester, Vardi is teaching a course on “The Changing Face of War: An Introduction to Military History.”

She chose to join the Notre Dame faculty, Vardi says, because “I wanted to be a part of an academic community that encourages open dialogue and does not shy away from debating contested issues.”