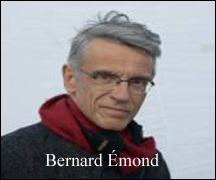 The University of Notre Dame will host the Midwest premiere of Canadian director Bernard mond’s film “Summit Circle” as a part of the University’s “Films and Faith 2008” film festival, which will take place Feb. 8 to 10 (Friday to Sunday) in the Browning Cinema of the DeBartolo Center for the Performing Arts.

Admission is $6 for the general public, $5 for Notre Dame faculty and staff, and $3 for students and seniors. Tickets may be purchased in advance at http://performingarts.nd.edu or by calling the DeBartolo Center box office at 574-631-2800.

A screening of “The Novena,” a 2005 film by mond will open the “Films and Faith Weekend: Meditations of Death (and Life)” series. mond currently is working on a trilogy of films based on faith, hope and charity. “The Novena” and “Summit Circle” are the first two films of the trilogy. In addition to mond’s films, the series also includes Ingmar Bergman’s “The Seventh Seal” and Akira Kurosawa’s “Iruku.”

The series is sponsored by Notre Dame’s Department of Film, Television and Theatre in conjunction with the Department of Theology, DeBartolo Center, and College of Arts and Letters.
More information and a complete schedule of screenings and discussions are available on the Web at http://performingarts.nd.edu/ .

Originally published by Maureen Mullen at newsinfo.nd.edu on February 06, 2008.