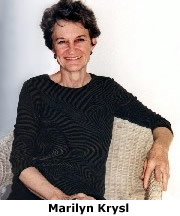 “Dinner With Osama,” a collection of short stories by Marilyn Krysl, has been selected as the winner of the 2008 Richard Sullivan Prize for short fiction.

William O’Rourke and Valerie Sayers, both of them novelists, professors of English, and former directors of the Creative Writing Program, served as judges for the prize. “Once again this year, the difficulty in judging was extreme,” O’Rourke said. “We had to contend with an excess of riches, many worthy manuscripts, but Krysl’s collection stood out amongst the many gems we had to consider.”

Krysl has published three collections of stories and seven of poetry. Her work has appeared in The Atlantic, The Nation, The New Republic, the Pushcart Prize Anthology, Best American Short Stories 2000, O. Henry Prize Stories, Sudden Fiction and Sudden Stories. A former director of the Creative Writing Program at the University of Colorado, she has taught ESL in the People’s Republic of China, worked as a volunteer for Peace Brigade International in Sri Lanka, and volunteered at the Kalighat Home for the Destitute and Dying administered by the Sisters of Charity in Calcutta, India.

Richard T. Sullivan was graduated from Notre Dame in 1930 and joined the University’s faculty as a writing instructor in 1936. In addition to writing numerous book reviews for the New York Times and Chicago Tribune, he published several short story collections and novels, including “The World of Idella May,” “The Three Kings,” “Summer After Summer,” “The Dark Continent,” and “First Citizen.” A popular undergraduate teacher, he is remembered for his description of writing as “hard work requiring patience and idiotic perseverance.” He died in 1981.

Originally published by Michael O. Garvey at newsinfo.nd.edu on April 25, 2007.