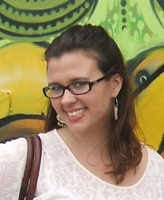 Betsy Cornwell, a master’s student in Notre Dame’s Creative Writing Program, has sold her first two novels to Clarion Books, an imprint of Houghton Mifflin Harcourt Publishing Company. Both books, written for a young adult audience, have their roots in the science fiction and fantasy genres.

Cornwell says her work is motivated in part by her experiences working for the literary magazine Teen Ink as an undergraduate at Smith College.

“Often, the teenagers who wrote book reviews for us would say that they loved fantasy or paranormal or young adult literature, but they sometimes wished it were smarter or more literary,” she says. “I felt the same way, and I decided I wanted to try to write a young adult fantasy that could be called literary, as well.

“Some of my favorite books,” Cornwell adds, “are so-called children’s books like Peter Pan, Anne of Green Gables, and my favorite novel of all time, I Capture the Castle. I think books can sometimes matter more to children than to adults, especially unhappy or lonely children—C.S. Lewis wrote that ‘we read to know we are not alone.’ I know books were fairly life-saving for me as a child, and I love the idea that books can do that.”

Cornwell’s first book, Tides, will be released in 2013. Inspired by one of her favorite fairytales, “The Selkie Bride,” Tides tells the story of Noah, a teenager who moves to his grandmother’s cottage on New England’s Isles of Shoals for a summer marine biology internship.

He and his sister, who is also there for the summer, learn of their grandmother’s decades-long relationship with a female selkie, a creature that lives as a seal in the ocean but becomes human on land. Noah falls in love with the selkie’s daughter Mara, and he, Mara, and his sister must work together to save Mara’s family (and the future of the Shoals) from an aquarium worker who kidnaps young selkies to experiment on their sealskins.

Cornwell says the process of shopping the book around to agents and publishing houses helped her learn to trust her instincts as a writer. “I had an agent reject Tides because of its multiple points of view, and very soon afterward I heard from an agent who loved that element. Similarly, the two editors bidding on Tides had exactly opposite opinions about one of the supporting characters.

“I think it’s a great reminder that you can’t try to predict what an agent or editor will want—you just have to write the book you want to write.”

The Creative Writing Program students and faculty in Notre Dame’s Department of English offer a supportive environment to do just that, Cornwell says. Also “incredibly helpful” to her development, she says, is the internship at the Park Literary Group in New York City she got as one of the MFA program’s Nicholas Sparks Summer Fellows.

“When I read the contracts for my books,” she says, “I felt I understood them much better because of my internship experience.”

While Clarion Books agreed to publish Tides based on the full manuscript, the company bought Cornwell’s second book, Mechanica, on the merits of the first chapter alone.

“I’m working on it with some of the tutors in the University Writing Center, as well as my fellow MFA students in workshop, right now,” she says. “It’s exciting and strange—and hugely intimidating—to draft a book that’s already sold. Before, I could always tell myself that if a draft turned out badly, no one ever had to see it. That’s not true for Mechanica.”

Cornwell describes the new book as a steampunk retelling of the classic fairytale Cinderella with a feminist twist. Steampunk is a subgenre of science fiction and fantasy featuring a Victorian-themed setting in which 19th century steam power is widely used to run advanced machines, futuristic innovations, and other anachronistic technology.

“I use steampunk elements to work with both the literal machines in the story and the theme of the machinations and pressures that fairytale story lines can exert on people,” she says.

As she continues writing Mechanica, Cornwell is also working on a collection of short fairytale retellings, a graphic novel memoir about her grandmother, and a plan to turn Tides into a three-book series.

“I hope to move to Dublin to write the first sequel, which is tentatively titled Compass,” Cornwell says. “It follows one of _Tides_’ supporting characters to Ireland, where he looks for selkies and the sources of other Irish folktales.

“I am currently a finalist for a Fulbright grant to go to Ireland to write this book,” she adds, “so I’m keeping my fingers crossed.”