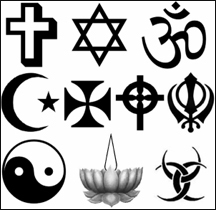 Scholars from diverse religious traditions, academic disciplines and institutions will meet Friday-Saturday (Oct. 4-5) at the University of Notre Dame to explore the relationships among scholarship, religious faith and institutional identity.

The colloquium, “Knowledge and Religious Identity: Institutions of Higher Learning in Judaism, Christianity, Islam, and Beyond,” was organized by Sabine G. MacCormack, Hesburgh Professor of Arts and Letters at Notre Dame, and is sponsored by Notre Dame’s Office of the Provost, the Kellogg Institute for International Studies, the Kroc Institute for International Peace Studies, the Department of History and the Center for the Study of Religion and Society.

In addition to examining the experiences of other institutions and religious communities, the colloquium is intended to contribute to Notre Dame’s ongoing discussion of its own Catholic identity and mission as a research university which welcomes open enquiry and free speech.

Papers presented at the conference will include “Formae Vitae: Organizing the Life of the Mind in Medieval Jewish, Muslim and Christian Contexts,” by Gadi Algazi of the University of Tel Aviv; “Faith, Reason, and the Legacy of Syriac Christianity,” by Joseph Amar, professor of Classics at Notre Dame; “Quaestio de Natura Deorum: Ancient Inquiries into the Nature of the Gods,” by Clifford Ando of the University of Chicago; “Scepticism and Religion: Towards a Possible Marriage,” by Luis Bacigalupo of Pontificia Universidad Catolica del Peru; “Not Becoming a Religion: Rabbinic Regulation of the Rogue Scholar,” by Kalman Bland of Duke University; “Free Inquiry, Its Discontents and Responsibilities: The Case of Moses Mendelssohn,” by Miriam Bodian of Touro College, New York; and “Faith, Reason and the Madrasa: Reflections on Medieval Islamic Civilization and the Advancement of Learning,” by Paul Cobb, associate professor of history at Notre Dame.

Also, “Abd al-rahman al-Bistami and the Brotherhood of Letters in the 15th Century,” by Cornell Fleischer of the University of Chicago; “The Ghazali Brothers and their Institutions,” by Ahmet Karamustafa of Washington University in St. Louis; “The University’s Finite Universe: Understanding Religious Diversity through Study Abroad,” by Martha Merritt of the University of Chicago; “`The Connection and Mutual Influence of Learning-Piety’: The Success of The Princeton Circle at Creating a Stable Religious and Educational Identity, 1768-1929/32,” by Mark Noll, Francis A. McAnaney Professor of History at Notre Dame; and “On the Hinc et Nunc of Moral Theology: Vitoria’s Teaching and Missionary Experience in the Spanish Colonies,” by Osvaldo Pardo of the University of Connecticut, Hartford.

Contact: Dawn E. Dinovo, events coordinator for the Kellogg Institute for International Studies, at 574-631-4150 or ddinovo@nd.edu

Originally published by Michael O. Garvey at newsinfo.nd.edu on October 01, 2007.