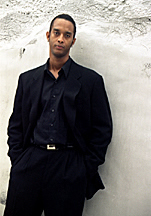 Keith Beauchamp, civil rights activist and filmmaker, will discuss his documentary “The Untold Story of Emmett Louis Till” at 7p.m. Feb. 15 (Wednesday) in the auditorium of the Hesburgh Center for International Studies. The lecture is free and open to the public.

In a tragedy that contributed to the beginning of the civil rights movement, Till, a black Chicago teenager visiting Money, Miss., was beaten and murdered for publicly addressing a white woman in 1955. The two men charged in the case were acquitted by an all-white jury.

Beauchamp’s documentary provides eyewitness testimony and an interview with Till’s mother, which revealed other potentially guilty parties and ultimately prompted the U.S. Department of Justice to reopen the case in 2004.

The lecture is sponsored by Multicultural Student Programs and Services .