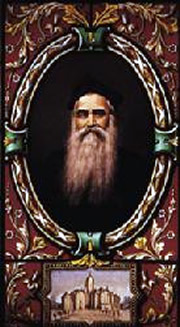 The University of Notre Dame’s Center for Ethics and Culture will host a conference entitled “Joy in the Truth: The Catholic University in the New Millennium” from Sept. 29 to Oct. 1 in McKenna Hall.

The conference will bring together scholars from all academic fields and from religious and secular institutions to discuss ways Catholic universities might renew themselves according to the recommendations of the late Pope John Paul II in his 1990 letter “Ex Corde Ecclesiae.”

“Our hope is that this conference will inspire many to help realize in this new millennium the best possibilities of Catholic higher education,” said David Solomon, W.P. and H.B. White Director of the center.

Philip Gleason, professor emeritus of history at Notre Dame, author of the influential book, “Contending with Modernity: Catholic Higher Education in the Twentieth Century,” and 1999 recipient of the University’s highest honor, the Laetare Medal, will give the conference keynote address, “Through Dangers, Toils, and Snares: An Historical Perspective on Catholic Higher Education,” at 7:30p.m. Sept. 29 in the McKenna Hall auditorium. Rev. John I. Jenkins, C.S.C., Notre Dame’s president, will address the conference participants during a closing banquet Oct. 1.

Among the themes to be discussed during the conference are academic freedom, ecclesiastical governance, distinct approaches to higher education found in various Catholic intellectual traditions, distinctions between Protestant and Catholic approaches to higher education, the Catholic character of individual academic disciplines, the relationship of Catholic social teaching to Catholic higher education, the love of knowledge as an intellectual virtue, and the formative influences of such people as Augustine, Thomas Aquinas, Francis of Assisi, Bonaventure, Ignatius Loyola, Cardinal Newman, Edith Stein, Jacques Maritain and Pope John Paul II.

Contact: Elizabeth R. Kirk, assistant director of the Center for Ethics and Culture at 574-631-9656 or ekirk@nd.edu .

Originally published by Michael O. Garvey at newsinfo.nd.edu on September 15, 2005.