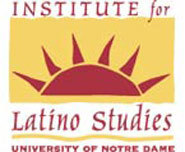 Arlene Dvila, professor of anthropology at the Center for Latin American and Caribbean Studies at New York University, will open the Institute for Latino Studies’ (ILS) spring lecture series titled “Caribbean Flights: From the First Colonial Cities in America to Metropolis U.S.A.”

All talks will be held at 4p.m. in 200 McKenna Hall, unless otherwise noted. They are as follows:

Feb. 19 - Dvila will deliver a lecture titled “Knocking Down the Walls: The Fight for Latino Cultural Equity in NYC,” which examines the struggle by Latinos and African-Americans in New York City to assert cultural equity in arts funding as they defend their cultural institutions from privatizing forces and government cuts.

March 19 – Efrn Rivera Ramos, professor of law and former dean of the University of Puerto Rico School of Law, will discuss “Territory, Citizenship and Rights: The Challenges of Overcoming American Colonialism in Puerto Rico.”

April 1 – Jalil Sued Badillo, professor and chair of the Interdisciplinary Studies, General Social Sciences Department at the University of Puerto Rico, will deliver a lecture titled “Puerto Rico Insular Identities on the March” in 112 McKenna.

April 15 – Ramona Hernndez, professor of sociology and director of the Dominican Studies Institute at the City University of New York, will give a talk titled “Dominicans in the United States: From the Almost Anonymous Few to the Recognized Many.”

The series is co-sponsored by Notre Dame’s Henkels Lecture Series, Graduate School, College of Arts and Letters Office of Undergraduate Studies, Kellogg Institute for International Studies, and Department of Romance Languages and Literatures.