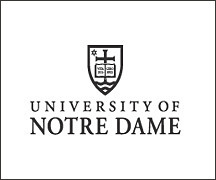 Unless you authored one of the 22 research papers submitted to the inaugural Bernoulli Awards last April, chances are you haven’t heard of this competition for University of Notre Dame undergraduates. As such, you’d also have no way of knowing that winning entails a bit more than a firm handshake and a certificate suitable for framing.

Not a bad way to encourage students to get involved with applied statistical research.

“I doubt that the Bernoulli Awards are `unique,’ but they are certainly uncommon in the way that they combine three aspects of other types of awards,” says Richard Jensen, chair of Notre Dame’s Department of Economics and Econometrics, which sponsors the competition. “First, they are based on original research by undergraduate students. Next, they are open to any student whose research uses statistical methods. And last, the size of the prizes is large, compared to others devoted to undergraduate research of which I am aware.”

Visitors to the Economics and Econometrics Web site ( http://econometrics.nd.edu/ ) will find an additional detail that adds to the distinctiveness of the Bernoulli program: While a call for papers will be made annually, there is no guarantee that first prize or any other award will be issued.

“The idea was to set criteria so that awards are based upon external standards of excellence—namely publication standards in the relevant discipline—rather than based upon a competition among Notre Dame students in a given year,” Jensen says.

These criteria were inspired by the benefactor who envisioned and funded the Bernoulli Awards, a Notre Dame alumnus who wishes to remain anonymous. As an undergraduate, he wrote a paper that was accepted by and published in a peer-reviewed journal (one in which submissions are vetted by a group of scholars in that journal’s field), and the program he’s created recognizes those poised to do the same.

To earn first prize, a student’s paper must be judged by a Notre Dame faculty panel to be worthy of publication in a leading peer-reviewed journal. A second prize is given when a paper could be brought to this level after some revision. And when one’s work isn’t deemed ready for a top journal but nonetheless offers analysis that goes well beyond a typical senior honors thesis, it receives honorable mention.

“This makes the competition much more difficult, but it also makes the awards much more meaningful,” Jensen says. “Conversely, under these criteria, the panel of judges can also select more than one award in each category, if it concludes that more than one submission meets the external standards.”

Year one of the awards—which are named after the Bernoulli random variable, the most common random variable in statistics—saw eight winners. Andrew Karl’s “Pseudorandom Numbers: Generation, Statistical Measures, Monte Carlo Methods, and Implementation in C++” received a second prize, and the other seven garnered honorable mention. Karl graduated in May.

Underscoring the breadth of research the competition aims to support, the winning entries came from the Colleges of Arts and Letters, Engineering and Science. They are papers “that use statistical methods to analyze applied problems that are judged important, timely and original.”

Senior Joe Basconi, for instance, worked under the guidance of Jeffrey Kantor, professor of chemical and biomolecular engineering, to study the adoption of daylight-saving time in Indiana in 2006, finding that it significantly reduced daily net energy consumption in the state’s central counties. Karen Stockley and Ann Walter, 2008 graduates, submitted a coauthored paper exploring eligibility requirements for the State children’s Health Insurance Program, which serves kids who don’t qualify for Medicaid but whose families can’t afford private coverage. Their advisor was William Evans, professor of economics and econometrics, who is noted for his work in health economics, among other areas.

“I greatly appreciated his accessibility and willingness to meet and discuss the project,” Walter says of Evans. “He provided us with guidance, suggestions and helped us overcome obstacles.”

Entries for the next round of Bernoulli Awards will be accepted near the end of the academic year. This should give interested students ample prep time for what seems destined to become one of the most talked about undergraduate competitions on campus.

Originally published by Ted Fox at newsinfo.nd.edu on September 22, 2008.