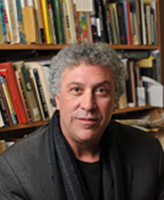 It started with a bare-bones wire service story that ran in the newspaper in late July 2006—a body had been found along the north bank of the Kansas River in Topeka, and four homeless people had been charged with kidnapping and felony murder.

Benedict Giamo, associate professor of American studies, who has written extensively on homelessness in America, found himself fascinated with the story of the life and death of David Owen, 38, an advocate for the homeless and a registered lobbyist.

“It was a tragic irony that he was tortured and killed by four of the same homeless souls he sought to get off the street,” Giamo says. “It wasn’t a ‘whodunit,’ it was a ‘why-dunit.’”

Giamo’s book on the crime, Homeless Come Home: An Advocate, the Riverbank, and Murder in Topeka, Kansas, was published by the University of Notre Dame Press in September. It’s a true-crime story, a documentary combining social analysis and investigative journalism.

Owen’s “single-minded mission of tough Christian love,” which he called “Homeless Come Home,” was based on his belief that all homeless people could and should be reunited with their families. He was known for giving the homeless phone calling cards and urging them to call their families—but he was also known for destroying their camps and taking their belongings.

Owen, who had been born with cerebral palsy and had a long history of legal and mental problems, would not take no for an answer. “He had a sense that he would save the world,” says Giamo. “Many with whom he came in contact—social workers, police, pastors—feared his fanaticism and aggressive approach would be his downfall.” 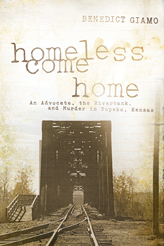 The four defendants in the case, Charles Hollingsworth, Carl “Outlaw” Baker, John Cornell and Kimberly “Baby Girl” Sharp, became upset with Owen when he wouldn’t leave their homeless camp. He was tied to a tree with a rope around his neck, kicked in the head and left to die of asphyxiation. His badly decomposed body was found by a police search dog several weeks later.

Giamo traveled to Topeka to attend the preliminary hearings and interview homeless advocates, city council members and legislators, as well as Owen’s friends, family and pastor. After the four defendants in the case were convicted and sentenced, he also was able to talk to the judge, prosecutor, deputy district attorney and the Owen family.

“I wanted to get their take on the crime,” Giamo says. “Judge (Thomas) Coughlin viewed it as a senseless crime, one of the most heinous he’d ever adjudicated.”

Giamo tried to conjure Owen, whom he’d never met, from the trials, the transcripts, the crime scene, the cemetery.

“I was trying to convert him into a three-dimensional, flesh and blood person. I was intrigued by his advocacy, his extremism. His complexity and disability made him sympathetic.”

This was the first time, he says, that he had seen the homeless as perpetrators, not victims.

“This was new for me. This is a different breed of homeless,” he says.

At the time, seven of 10 homeless in Topeka struggled with mental health issues, and 60 percent of the clientele of the Topeka Rescue Mission had been convicted of a crime resulting in incarceration.

“These were the recalcitrant homeless. I have sympathy for the homeless, but there’s nothing that justifies kidnapping and murder.”

When engaging in advocacy, Giamo says, “It’s important that we do with people, not for, and that we don’t try and exert power over helpless people. Owen angered the people he was trying to help.”