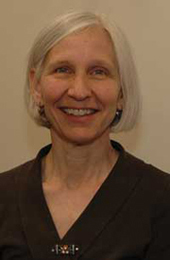 Ava Preacher, assistant dean for undergraduate studies in the College of Arts and Letters, has received the 2010 Congressman Neil Smith Award by the American Mock Trial Association (AMTA) in recognition of her “outstanding and exemplary contributions to law-related education.” This is the first time that someone who has not previously served on the AMTA board of directors has been so honored.

“Ava was selected not only for her work with AMTA but also for her national role in pre-law advising,” notes Sara Zeigler, AMTA president and professor of political science at Eastern Kentucky University.

“I am delighted with the news that Ava Preacher has received this prestigious award recognizing her achievements within a national context,” says Stuart Greene, associate dean for undergraduate studies in the College of Arts and Letters. “She works tirelessly on behalf of students, and she richly deserves this kind of recognition.”

Frank Guliuzza, chairman of the AMTA selection committee and professor of government at Patrick Henry College, says, “It’s easy to recognize contributions to law-related education when they come in the form of publications or classroom teaching. But, when outstanding teaching comes in the form of advising, it’s almost never recognized.

“Pre-law advisors help to make dreams come true for many students who aspire to a career in law,” he continues. “Ava Preacher is one of the best. Her efforts have made pre-law advising in the United States better—and she has helped hundreds of Notre Dame students become successful law-school applicants.”

This year, as in every year, approximately 170 Notre Dame students will apply to law school—and an impressive 90 percent of these seniors will be accepted.

Andrea Kochert, a senior accountancy major who applied to law school this year, is just one of many students that have benefited from Preacher’s mentoring.

“Ava is one of those amazing individuals who always leaves you feeling optimistic and excited for the future,” she says. “She helped me with the entire law-school application process—studying for the LSAT, dealing with my score, writing my personal statement, and, most importantly, choosing the school that best fit me. Words do not do justice to the high regard that I hold for Ava.”

AMTA, founded in 1985, serves as the governing body for intercollegiate mock trial competition through which students “develop critical thinking and public speaking skills, as well as a knowledge of legal practices and procedures.” The AMTA’s Congressman Neil Smith Award was established in 1991 in honor of Representative Smith who served in Congress from 1959–95 and used his position on the Appropriations Committee to champion legal education.