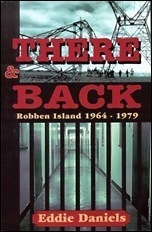 Eddie Daniels, who spent 15 years in prison because of his defiance of South Africa’s apartheid policy, will deliver a lecture titled “Apartheid, Robben Island and Nelson Mandela: The Eddie Daniels Story,” at 7p.m. Tuesday (Oct. 24) in the auditorium of the Hesburgh Center for International Studies at the University of Notre Dame.

The author of “There and Back: Robben Island 1964-1979,” Daniels was incarcerated for three years in the infamous prison alongside then-activist Nelson Mandela, who became South Africa’s first black president in 1994 in the country’s first fully democratic election.

Daniels’ activism began in 1959 when he joined the Liberal Party of South Africa, which was engaging in largely non-violent protest. By 1961, he began to grow more radical, which led him to become one of the founders of the African Resistance Movement, an organization that sought to disrupt the regime through attacks on non-human targets. He was jailed in 1964 and sentenced to 15 years in prison. While in prison, Daniels graduated from high school and earned his bachelor’s degree from the University of South Africa. He later became a teacher in Cape Town until his retirement in 1993.

Sponsored by Notre Dame’s Kellogg Institute for International Studies, the lecture is free and open to the public.