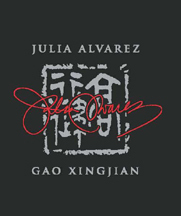 A literary conversation between Nobel Prize-winner Gao Xingjian and Dominican-American writer Julia Alvarez will highlight “Between Homeland and Heartland,” a four-day celebration of the arts Sept. 10 to 13 at the University of Notre Dame.

Gao, the 2000 Nobel Laureate in Literature, and the best-selling author Alvarez will make a joint presentation at 4:30p.m. Sept. 10 (Monday) in the McKenna Hall auditorium. As artists who live and work in countries and societies very different from their homelands, they will exchange their perspectives on how art of all kinds transcends linguistic, ethnic and political borders.

A premiere exhibition of 27 of Gao’s Chinese ink paintings will open Sept. 2 at Notre Dame’s Snite Museum of Art and will remain on display until Nov. 11.

“Notre Dame is honored and pleased to host this unique celebration of the creativity of two of the world’s most renowned figures in art, literature and drama,” said Thomas G. Burish, provost. “We hope friends of the arts from near and far will join us for this wonderful and truly international event.”

Other “Between Homeland and Heartland” events, free and open to the public and all in McKenna Hall unless otherwise noted, are as follows:

Born in China, Gao was subjected to six years of “re-education” at the height of the Cultural Revolution, at which time he destroyed all of his writings. By 1987, he had wearied of state harassment and immigrated to Paris, where he currently lives and is a French citizen.

Gao deftly navigates Eastern and Western philosophical and artistic traditions as a poet, novelist, playwright, screenwriter and painter. The first Chinese-born writer to receive the Nobel in literature, he was honored for his first novel, “Soul Mountain,” a partially autobiographical account of his journey throughout China in the 1980s.

His visit to Notre Dame will be only his second trip to the United States since winning the Nobel.

Alvarez has written 16 critically acclaimed books about her early years in the Dominican Republic and her life in the United States, including “How the Garca Girls Lost Their Accents” and “In the Time of the Butterflies,” which was made into a movie produced by and starring Salma Hayek, with Marc Anthony and Edward James Olmos.

The writer-in-residence at Middlebury College, she has said of her work: “I am a Dominican, hyphen, American. As a fiction writer, I find that the most exciting things happen in the realm of that hyphen – the place where two worlds collide or blend together.”

“Between Homeland and Heartland” has been made possible by a generous gift from Notre Dame graduate Robert E. O’Grady and his wife, Beverly, an alumna of Saint Mary’s College.

Originally published by Dennis Brown at newsinfo.nd.edu on August 28, 2007.