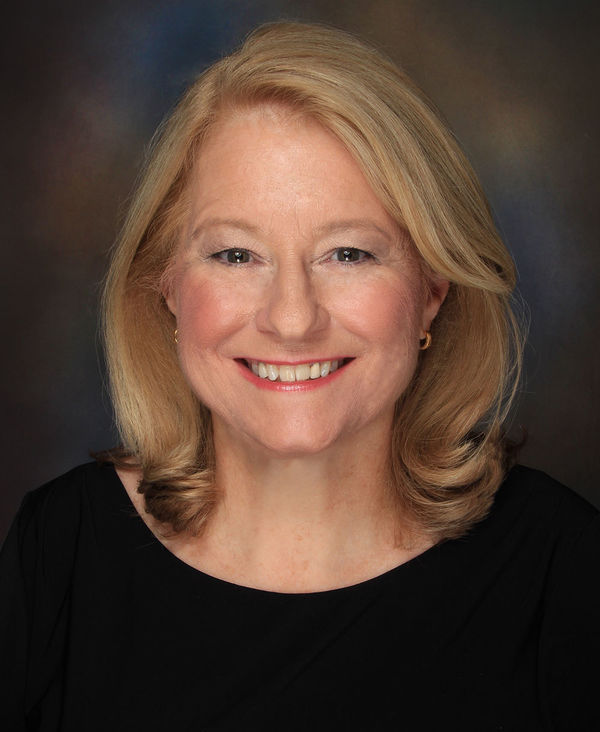 When Linda Wilbert Parish enrolled at Notre Dame in fall 1973—the year after the University first admitted women—she was one of only about 400 female students on campus.

It didn’t take long for her to find herself at home, though, helping launch the women’s tennis team and majoring in American studies and foreign languages.

“I was interested in doing something internationally,” Parish said, “and I thought, what better way to have a solid grounding than to major in American studies—to understand America first before exploring everywhere else.”

Since graduating in 1977, Parish has built a career in the banking industry that has taken her around the world. She worked her way up from an internship at Goldman Sachs to her current position, senior vice president at Bank of America Merrill Lynch.

Parish credits much of her lifelong success to her time at Notre Dame, including a year studying abroad in Innsbruck, Austria, to immerse herself in the German language.

Not only did her time abroad strengthen her language skills and expose her to a new culture, it also fueled her desire to live and work internationally. She spent school breaks traveling—to Morocco, Spain, Portugal, the Benelux countries, Scandinavia, Poland, and the Arctic Circle.

After graduation, Parish was awarded a Rotary International Foundation Scholarship to the University of Zurich in Switzerland and completed the equivalent of a master’s degree in international relations and business.

During the program, she traveled throughout Switzerland to give presentations—in German or French, depending on the part of the country—on the differences between the educational systems in the U.S. and Europe.

Parish also landed an internship in a Goldman Sachs office in Zurich, which led to her first job as an equity sales assistant with the firm.

“I was interested in doing something internationally. I thought, what better way to have a solid grounding than to major in American studies—to understand America first before exploring everywhere else.”

Upon her return to the U.S., Parish entered a nine-month management training program at Chase Manhattan Bank, now JPMorgan Chase.

Her colleagues in the program—which had a heavy emphasis on finance—appreciated her liberal arts background, she said.

“Some of my peers were accounting wizards, but they didn’t have the international experience I did,” Parish said. “We all worked together to pass the assessments at the end.”

Parish was selected after the training to be part of a credit audit team at Chase Manhattan. During the whirlwind three years that followed, Parish traveled to every habitable continent. Her job consisted of reviewing the creditworthiness of the bank’s clients including banking approvals and agreements in each area to make sure the loans were sound.

Since then, Parish has worked her way up through a variety of positions at major banks across the U.S. She describes herself as a “nuts-and-bolts banker” whose goal is simply to solve problems and provide equitable solutions for her global clients. She does this every day in her role as senior relationship manager in global commercial banking at Bank of America Merrill Lynch, where she provides her clients with bespoke financial solutions to help them grow.

“My time at Notre Dame gave me a solid foundation upon which to build,” she said. “My Arts and Letters education enabled me to think globally and to think critically about the important things.”