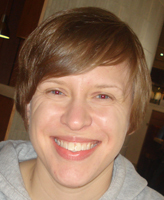 Anthropology, education, and science are a winning combination for Notre Dame alumna Jessica Fries-Gaither ’99. Her website, Beyond Penguins and Polar Bears, is one of just 12 projects worldwide to win the 2011 Science Prize for Online Resources in Education (SPORE).

The American Association for the Advancement of Science—publisher of Science magazine—developed SPORE to honor the best science education resources on the Web.

Fries-Gaither, an anthropology and biology major and graduate of the Alliance for Catholic Education (ACE), directs the project in her role as educational resource specialist at Ohio State University.

“My anthropology degree has helped me so much with thinking about communicating with a diverse audience, which is what we do online, and being able to present material effectively,” she says.

Funded by the National Science Foundation, Beyond Penguins includes a blog, an online magazine, and various forms of social media. The website focuses on helping elementary school teachers build their expertise and provides comprehensive lesson and unit plans. “There’s so much material online, and people have so little time to digest it,” Fries-Gaither says. “We find the resources so the teachers don’t have to do it.”

One of the problems that science educators face is that the subject is not taught sufficiently in elementary school, she explains. “Teachers have been told that they need to teach so many minutes of reading and writing a day, so science gets pushed to the side.”

To address that problem, Beyond Penguins seeks to integrate science with literacy. “It’s not only science but reading and writing,” Fries-Gaither says. “The literacy skills pair naturally with the science instruction.” 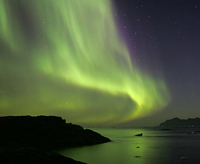 She works anthropology into the lesson plans as well. “We have a whole issue devoted to the peoples of the Arctic—the Inuit, Inupiat, and Sami —and provided some great resources for helping people learn about the amazing cultures there,” she says. “It ended up being one of my favorite issues to write, too.”

In order to gauge the project’s effectiveness, Fries-Gaither and the project evaluation team conducted a study on how Beyond Penguins translated into lessons in real classroom settings. The results of the research, which tracked 19 classrooms in Columbus, Ohio, and Charlotte, N.C., were encouraging. Students who were taught material from Beyond Penguins were more likely to respond positively to statements such as “I like science,” “I am good at science,” and “writing is important in science.”

“It’s a great validation to know that the resources you’re sharing are meaningful for the teachers in the classroom,” Fries-Gaither says.

And thanks to SPORE, more teachers will become aware of those resources. As part of the award, the January issue of Science magazine featured an essay Fries-Gaither and Beyond Penguins principal investigator Kimberly Lightle wrote about the project’s achievements and approach to elementary science education.

Winning the award will help garner more traffic to the site and push Beyond Penguins into the next step of development, says Fries-Gaither. Future plans include creating resources to help parents and caregivers encourage scientific exploration beyond the classroom.

“We’ve got a lot of ideas,” says Fries-Gaither. “We’re just trying to figure out how to make this project proceed.”