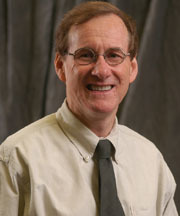 James J. McKenna, Rev. Edmund P. Joyce, C.S.C., Professor of Anthropology at the University of Notre Dame, was named the 2008 recipient of the Anthropology in Media Award (AIME) by the American Anthropological Association (AAA).

McKenna will be formally honored in November at the annual meeting of the AAA in San Francisco.

Regarded as the one of the world’s foremost authorities on mother-infant co-sleeping and breastfeeding issues, and one of the chief media spokespersons on these subjects, McKenna also directs Notre Dame’s Mother-Baby Behavioral Sleep Laboratory. His publications focus specifically on the relationship between sleeping arrangements, feeding method (especially breastfeeding) and risk factors for sudden infant death syndrome (SIDS).

Established in 1987, the AIME recognizes successful communication of anthropology to the general public through the media. It seeks to honor those who have raised public awareness of anthropology and have had a broad and sustained public impact at local, national and international levels.

Originally published by Susan Guibert at newsinfo.nd.edu on June 12, 2008.