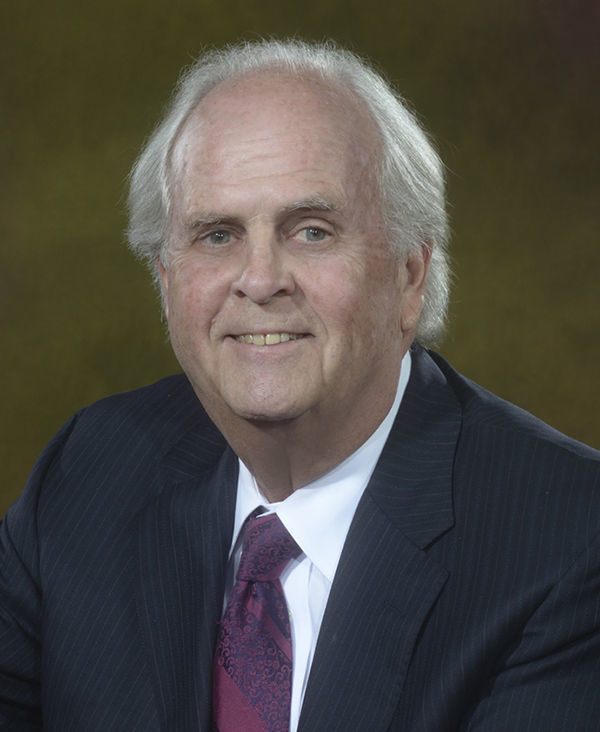 As an undergraduate at the University of Notre Dame, David Barlow ’64 loved playing sly practical jokes on his classmates.

While working at the dining hall, he would leave notes on the front check-in that actually didn’t make any sense if people read them, just to see how they reacted.

“Would people notice? Would it arouse curiosity? Would they say anything?” Barlow asked. “I have always interested in people’s motivations, particularly when it works against their best interests.”

Barlow has turned that curiosity into a fruitful career as a clinical psychologist. A professor emeritus at Boston University, he is the founder and director emeritus of the institution’s Center for Anxiety and Related Disorders.

It’s full circle for a Boston native who left his hometown to attend Notre Dame, sight unseen, in 1960—before Notre Dame even had a psychology department.

In 1960, the study of psychology was relatively new; Notre Dame didn’t institute its own department until a year after Barlow graduated. Still Barlow, who majored in sociology and English, felt the pull.

“In my English courses, one of my favorite topics was the psychoanalytic study of literary characters such as Hamlet,” he said.

His friends considered him a good listener, and his continued fascination with the human mind manifested itself in his “less-than-endearing” commitment to practical jokes.

He soon realized that he was strongly interested in psychology and took all the psychology courses available at Notre Dame.

The University provided a well-balanced education that continues to serve him well in his field, he said.

“The many courses in the humanities give depth and breadth to what it means to be human,” Barlow said. “To develop as a psychologist, you need both science and the humanities.”

As a graduate student at Boston College in 1965, Barlow had the chance to have lunch with Rev. Theodore Hesburgh, C.S.C., who was visiting Boston and in the midst of formally developing the Department of Psychology at Notre Dame.

“We talked for a long time about the ideal ways to develop it, what sort of people he would need to recruit,” Barlow said. “He ran them by me and some of my colleagues.”

Father Hesburgh took a prescient approach, Barlow said, creating a department with a rigorous scientific base that explored cognition, learning, and other experimental fields.

“Father Hesburgh had his eye on the ball,” Barlow said. “Building on its initial strengths, the department at Notre Dame is very much at the forefront of applying scientific principles of psychology to clinical issues.”

While Notre Dame built its psychology department, Barlow built an impressive career focused on the nature and treatments of anxiety disorders.

“Anxiety is the essence of people doing things that aren’t in their best interests, such as avoiding opportunities for socializing because of social anxiety even though you would very much like to make some new friends,” he said. “What leads you down the road where you work against yourself? What goes wrong? And how do you treat it?”

Barlow became interested in anxiety disorders in graduate school, when the field was new and changing rapidly.

“I wanted to pursue a more scientific approach to clinical training,” he said, “and the nascent field of behavior therapy seemed to provide the clearest path.”

As a professor of psychiatry at the University of Mississippi Medical Center, Barlow worked closely with Stewart Agras, a psychiatrist, to pursue an empirical research approach that positioned the psychologist firmly as a scientific practitioner.

“The customary implication in those days was that what we were doing was radically different and probably unethical,” Barlow said.

Still, after building a strong clinical research program—and his reputation—at Mississippi, Barlow returned to the East Coast and landed first at Brown University and then at the State University of New York at Albany.

There, Barlow and a former colleague, Edward Blanchard, created what is now called the Center for Anxiety and Related Disorders.

“We marketed the clinic as offering specialized psychological treatments for people with anxiety and related disorders,” Barlow said. “This communicated that the clinic was squarely in the realm of mental health care delivery with a focus on effective treatment.”

Today, the clinic sees 500 patients a year and employs almost 80 staff to administer treatment and conduct clinical trials, most of which are funded by the National Institutes of Health.

By addressing common underlying mechanisms, the team is working to distill anxiety into a small number of core principles relevant to all anxiety and related disorders.

They are also at work on a number of different treatments for anxiety disorders and depression.

“There are always surprises, which is why we do the research,” he said. “But it’s always gratifying to see patients do well with these new treatments.”

Looking back at his undergraduate years in the Midwest, Barlow has another source of gratification.

“Going to Notre Dame has really been a sustaining positive influence on my life,” he said. “I feel very blessed to have had the opportunity.”