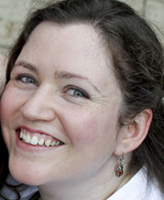 Amber Handy, who earned her master’s degree in 2007 and is a current doctoral student, received the Distinguished Graduate Student Award for her outstanding academic accomplishments and service to Notre Dame. Handy, a Ph.D. candidate in medieval history with a doctoral minor in gender studies, has achieved a 3.81 grade-point average. In addition to teaching undergraduate classes, lecturing and presenting at conferences, Handy has served as the Graduate Student Union’s representative on the University Committee of Women Faculty and Students and was part of the Dean’s Committee on Family-Friendly Policies for the Graduate School. She anticipates completing her Ph.D. in August and will begin as an assistant professor of history at Mississippi University for Women in the fall. 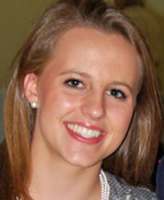 Glynnis Garry, a senior from Dallas, Texas, was presented with the Distinguished Student Award for her academic performance and service to Notre Dame and the community. A double major in pre-medicine studies and American studies with a minor in the Glynn Family Honors Program, Garry is writing a senior thesis on her research into methods to prolong the viability of donor hearts. She has earned a 3.65 grade-point average and, after three years as a trumpet player, led the Band of the Fighting Irish as head drum major. Garry is a co-founder of Friends of the Orphans at Notre Dame, a club that has raised money for surgical care in Honduras and Haiti, sent volunteers to Honduras, and was named Notre Dame’s Service Club of the Year. She will be attending Vanderbilt University School of Medicine in the fall. 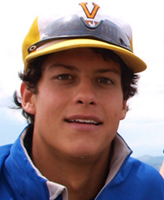 Sophomore Jonathan Hancher was given the Mike Russo Award for his demonstrated character and service to the community. Hancher, a science pre-professional and psychology major, is a member of the Notre Dame water polo team and as a freshman participated in the Leadership Institute: Emerging Leaders program. As a sophomore, he serves as the communications commissioner for his dorm, O’Neill Hall, and has participated in projects such as the Center for Social Concerns’ Appalachia service trip. Hancher will participate in a medical internship while studying abroad this fall in Puebla, Mexico, and looks forward to attending medical school in the future.