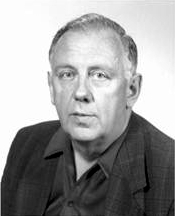 Alasdair MacIntyre, research professor of philosophy and fellow of the Center for Ethics and Culture at the University of Notre Dame, has been elected to the American Philosophical Society (APS).

The nation’s oldest learned society, the APS was founded by Benjamin Franklin in 1743 and is headquartered in Philadelphia. In addition to recognizing accomplishments in the arts and sciences through the election of its members, APS sponsors scholarly research, professional meetings, publications, the development of library resources, and community service projects. Others elected to the APS this year include the writers Joan Didion and J.M. Coetzee and Supreme Court Justice Ruth Bader Ginsburg.

MacIntyre, who joined the Notre Dame faculty in 2000, has written and lectured widely in the history of philosophy, moral philosophy, political theory, philosophy of the social sciences and the philosophy of religion. He has taught at Oxford, Princeton, Yale, Brandeis, Vanderbilt, Duke and Boston Universities as well as at Wellesley College. He also is the author of more than 30 books, including “Marxism: An Interpretation”; “After Virtue: A Study in Moral Theory”; “Whose Justice? Which Rationality?”; “Three Rival Versions of Moral Enquiry: Encyclopaedia, Genealogy, and Tradition”; and, most recently, “Edith Stein : A Philosophical Prologue, 1913-1922.”

Originally published by Michael O. Garvey at newsinfo.nd.edu on May 11, 2006.