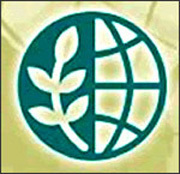 As the paradoxically attentive and disciplined students assembled for class, they met here and there, earlier and later, in the morning and in the afternoon, on this and that side of the Atlantic, in North America and Europe, all together and at the same time. Throughout these confusing arrangements, it hardly seems necessary to add, the television was left on.

Wallensteen, who joined the Kroc Institute faculty in 2006, spends his fall semesters in residence at Notre Dame, working on research projects and teaching a graduate seminar on international peace research, and his spring semesters at Uppsala University, where he is Dag Hammarskjld Professor of Peace and Conflict Research. The author of numerous books including “International Sanctions: Between Wars and Words,” “Understanding Conflict Resolution: Peace, War and the Global System,” and “Making Targeted Sanctions Effective,” he has done widely celebrated research on the durability of peace agreements, the impact of preventative measures on the dynamics of disputes and conflicts, and reforming the United Nations as an effective institution for international peace and security. The Swedish government’s storied reputation in international relations owes more than a little to scholars like Wallensteen, and Swedish diplomats routinely call upon them as consultants.

As Jeffrey L. Miller of Notre Dame’s Office of Information Technologies adroitly managed the audiovisual technology, the students and teachers oriented themselves to the various camera angles, introduced themselves and politely and perfunctorily commiserated about the excruciations of Midwestern and Scandinavian winters. Then Wallensteen launched a virtually global discussion of what he called “academic diplomacy” involving three very different attempts at conflict resolution—between warring parties of Israel/Palestine, Cambodia and Papua, New Guinea—in which he and other peace scholars had played intimate roles.

Teleconferencing is not a new phenomenon at Notre Dame, but this wide ranging trans-Atlantic seminar, all the more remarkable for the congenial nonchalance of its participants, was a new departure for the Kroc Institute.

According to Lopez, such cooperative teaching and learning exchanges between the Notre Dame and Uppsala peace studies programs are not only desirable but long overdue. Since its establishment in 1986, the Kroc Institute’s programs in religion and conflict, comparative peace processes, security and sanctions, international norms and institutions and conflict transformation have made it a world leader in research and teaching on strategic peace building. The Department of Peace and Conflict Research at Uppsala University, established in 1971, is the leading peace studies program in Europe.

“Many of us in the Kroc Institute had been lamenting that we all knew of these two fabulous and world renowned masters programs in peace studies—one at Uppsala and one at Notre Dame—which really didn’t know enough of each other,” Lopez said. “So one goal toward which we’ve advanced today is getting the students talking to one another. A second goal is to pool good resources, that is, the relatively rare expert faculty experienced in the areas of negotiation and mediation in which we play a consulting and training role. European and American training and perspectives on the conflict resolution enterprise are complementary, but not well enough reflected in existing written materials. But such direct contacts as this one make possible state-of-the-art exchange, training and evaluation in a more comparative and dynamic environment.”

Wallensteen and all the students—on both continents—seemed heartily to agree, so apparently this trans-Atlantic class is not yet dismissed.

Originally published by Michael O. Garvey at newsinfo.nd.edu on March 05, 2008.