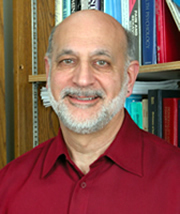 As director of the Notre Dame psychology department’s Laboratory for Psycho-oncology Research, Thomas Merluzzi devotes his professional energy to helping people with cancer.

Not because he wanted to since he was 10 or because one particular class in college really grabbed his interest. In fact, after earning his doctorate in 1975, he spent the first part of his career researching social anxiety.

No, Merluzzi, a professor of psychology, has dedicated himself to finding ways for people to cope with cancer because the disease has affected him, as it does millions of others, in a very personal way.

“You don’t have to be Freud to figure out where (my interest comes from),” says Merluzzi, whose first wife and mother both died of cancer, his wife of breast cancer when she was 38. “It’s not some subconscious thing for me; it’s an active willingness to participate in the process of trying to work on this disease from a psychological perspective.”

The strength and hope with which these two women approached their prognosis made a lasting impression on him.

“It occurred to me that there was something really powerful happening psychologically,” Merluzzi says of the time he spent caring for his wife, “and perhaps spiritually, that really made surviving this dreadful disease and its treatments something that people could actually engage in.”

Merluzzi decided to give up his anxiety research and study the psychological aspects of living with cancer. But he soon discovered that research in the field was taking place largely in the absence of a theoretical framework. So he and his colleagues identified theories developed in other areas of study that they thought would be appropriate and began applying them in their work.

What resulted over the course of approximately five years of research was the Cancer Behavior Inventory (CBI), a paper and pencil questionnaire designed to measure the self-efficacy, or confidence, that people with cancer have in their abilities to cope with the disease. Now in its second version, the CBI has been translated into roughly 10 languages.

Using the CBI, Merluzzi found that, after controlling for the presence of metastatic disease, cancer patients with high or moderate degrees of confidence in their coping abilities lived longer than those with low confidence. Exhibiting this positive attitude, however, doesn’t mean those patients don’t have their share of bad days.

“It’s more the bouncing back that I’m talking about rather than the fact that there are no trials and tribulations,” Merluzzi says. “It’s what you do with it.”

His lab recently received a two-year grant from the National Cancer Institute to study whether the instruments used in cancer research are equally effective in assessing coping and quality of life in African-American and Caucasian-American patients.

Noting that mortality rates are often higher for African-Americans, Merluzzi says his task is to explore possible explanations that can’t be cast in medical terms.

“We’re at the psychological end of that health disparities research, saying: `Are these instruments [such as the CBI] measuring the same thing? Are people looking at coping in the same way?’ If they aren’t, then perhaps what we need to do is become more oriented toward finding out what the experience is of African-American patients.”

As always, Merluzzi’s inspiration, the two courageous women he watched fight the disease, is never far from his mind.

“I think when you have something like that that’s driving your work, there’s a passion for it that is a little different than if you’re doing research in an area that has intellectual interest, but there isn’t that kind of passion.”

Merluzzi is seeking people with cancer to participate in his current study. For more information, contact him at 574-631-5623, or tmerluzz@nd.edu , or his graduate assistant, Carolyn Heitzmann, at cheitzm1@nd.edu _.
_

Originally published by Ted Fox at newsinfo.nd.edu on June 16, 2006.