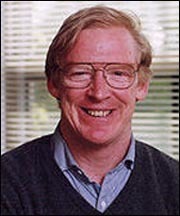 On Sept. 28, 2000, Ariel Sharon, then leader of Israel’s Likud Party, took an escort of Israeli police officers and went for a very conspicuous stroll on Jerusalem’s Temple Mount and around al-Aqsa Mosque, the third holiest site in Islam. He later insisted that his visit was innocent tourism, but it was read by thousands of Palestinians as deliberate provocation, and within hours what has since become known as the Second Intifada was boiling away.

The many casualties of the ensuing violence included Notre Dame’s undergraduate program in Jerusalem, which for the last eight years has lain dormant.

During this hiatus, scholars and administrators for Notre Dame have continued to come and go from the splendid hilltop campus of the Ecumenical Institute for Theological Studies at Tantur, between Bethlehem and Jerusalem, where the undergraduate program will once again be quartered from May 20 to July 3 next year.

Notable among the Notre Dame people frequenting Tantur has been Rev. Patrick Gaffney, C.S.C., associate professor of anthropology, who will direct the relaunching of the program as the principal academic architect, intellectual guide and pastoral mentor of the approximately 10 students who will participate.

They couldn’t be in better hands.

No one at Notre Dame, and few people anywhere else in the world, has Father Gaffney’s extensive and deep knowledge of this region, its people, its cultures, its faiths, its politics and its sufferings. A scholarly specialist in the religion and politics of the Middle East, Father Gaffney has been a frequent visitor and traveler there since the 1970s, when he began earning his University of Chicago doctoral degree by studying what one of his subsequent and widely celebrated books would label “The Prophet’s Pulpit: Islamic Preaching in Contemporary Egypt.” Among the several languages he speaks fluently are Hebrew and Arabic, which one of his Palestinian friends insists is marked by a distinctly Egyptian accent.

“It has always been a fascinating place, able to draw to itself pilgrims and tourists from all over the world,” Father Gaffney said. “But when I was in Jerusalem last May, the city was teeming with international visitors as never before, and there were notably more people from Asia and the countries of the former Soviet Union.”

Most of these visitors to the religious shrines and archeological ruins are time-pressed pilgrims or nonchalant tourists whose experience of the Holy Land is necessarily distracted and brief. Father Gaffney hopes that the students in next year’s Jerusalem Summer Program will have ample opportunity to explore and attend to the mysteries of ancient stories, stones and quarrels.

He plans “crash courses in rudimentary Hebrew and Arabic” as well as biblical studies relevant to sacred sites, visits to archeological sites, examinations of the conflict between the Palestinian and Jewish Israeli national communities and discussions of the place of the Middle East in international and ecumenical relations. Students will attend classes and lectures not only on the Tantur campus but also at the nearby University of Bethlehem, at Hebrew University on Mount Scopus overlooking Jerusalem and at L’Ecole Biblique immediately outside Damascus Gate.

“Because of the Ecumenical Institute’s high stature in inter-faith dialogue and study, our students will be routinely associating with the foremost scholars and religious leaders of the world’s great religions,” Father Gaffney said.

There also will be time set aside for visits to the Galilee and towns in the occupied Palestinian territories such as Jericho, Nablus Jenin and Bethlehem. “And at some point during the program,” Father Gaffney added, “we’ll spend a few days in Jordan at the ancient city of Petra and in Egypt, where we’ll stop for a time at the Monastery of Saint Catherine on Mount Sinai.”

For a congenial scholar as eclectically curious, linguistically adept and extensively traveled as Father Gaffney, the six weeks should pass comfortably enough. For the next band of Tantur undergraduates, it will be as reassuring as delightful to have him along for the ride.

Originally published by Michael O. Garvey at newsinfo.nd.edu on July 28, 2008.