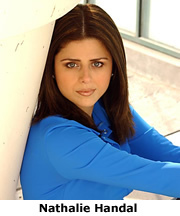 The Notre Dame Literary Festival will celebrate its 40th anniversary with a variety of literary offerings Feb. 5 to 8 (Monday to Thursday). This year’s theme, “Now You’re the Metaphor,” seeks to inspire students to approach their own lives as a work of art in which they are the writer.

A diverse group of guest authors will be featured in a series of workshops and readings in venues across campus. All festival events are free and open to the public.

This year’s schedule is as follows:

Originally published by Kyle Chamberlin at newsinfo.nd.edu on January 29, 2007.