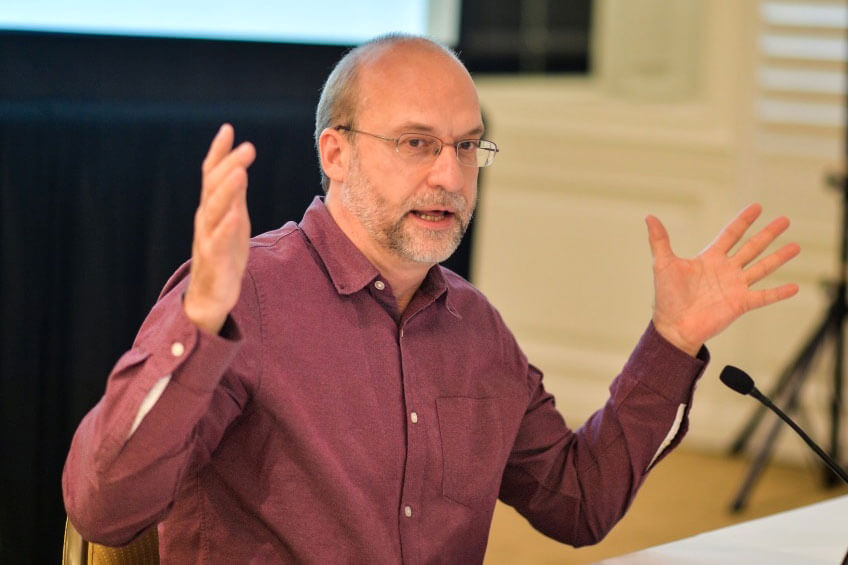 Christian Smith, the William R. Kenan Jr. Professor of Sociology at Notre Dame, has won the Society for the Scientific Study of Religion’s 2018 Distinguished Book Award.

The honor, conferred upon the most outstanding book published by an SSSR member in the past two years, lauded the “impressive accomplishment” of Smith’s Religion: What It Is, How It Works, and Why It Matters (Princeton University Press, 2017).

"Winning this award, especially in such a competitive field of other great scholarship, is a major affirmation of the value and contribution of my work, which is highly gratifying,” Smith said.

“While writing any book — which is always a complicated, long-term project — one can wonder at times whether the arguments are going to make sense and prove to be important. This award validates my original intuitions and hopes that my book's ideas and arguments are genuinely needed and helpful in many disciplines and fields that study religion."

Smith’s book aims to help the social sciences better understand and explain religion by building an innovative theory of religion that builds on developments in science, theory, and philosophy. He defines religion in a way that resolves past problems and ambiguities, explains the causal influences it has in the world, and studies the cognitive processes that make it possible.

“I hope this book provides an alternative theoretical framework that will stimulate new and creative ways of thinking about and studying religion, in order to advance our broader understanding of the dynamics of this thing — religion — that is so obvious and important a fact and force in our world today."

Unanimously selected as the winner by the award committee, Smith’s book was praised for its “simple and elegant theory of religion” that carries relevance both to scholars and the general public.

“His theory will reinvigorate scholarly discussion and debate on the plausibility of this new, comprehensive perspective,” the award letter says, “and undoubtedly will make significant contributions to scholarship on the study of religion across a range of disciplines.”

Smith, a concurrent professor in the Department of Theology and director of the Global Religion Research Initiative, won an American Sociological Association Distinguished Career Award in 2012, and his 2010 book, What is a Person?: Rethinking Humanity, Social Life, and the Moral Good from the Person Up, won several awards, including being named one of Choice magazine’s Top 25 Academic Titles of 2011. Since 2006, he has brought in more than $7.5 million in research grant money to Notre Dame.

With Religion, Smith said, he wanted to reinvigorate the social scientific study of religion, which had lagged due to the lack of a big-picture theoretical agenda driving shared research programs.

“I hope this book provides an alternative theoretical framework that will stimulate new and creative ways of thinking about and studying religion, in order to advance our broader understanding of the dynamics of this thing — religion — that is so obvious and important a fact and force in our world today,” he said. “More specifically, I hope it exemplifies and advances the critical realist philosophy of social science that underwrites my approach in this book, which I think offers huge promise for improving work in the social sciences more broadly."