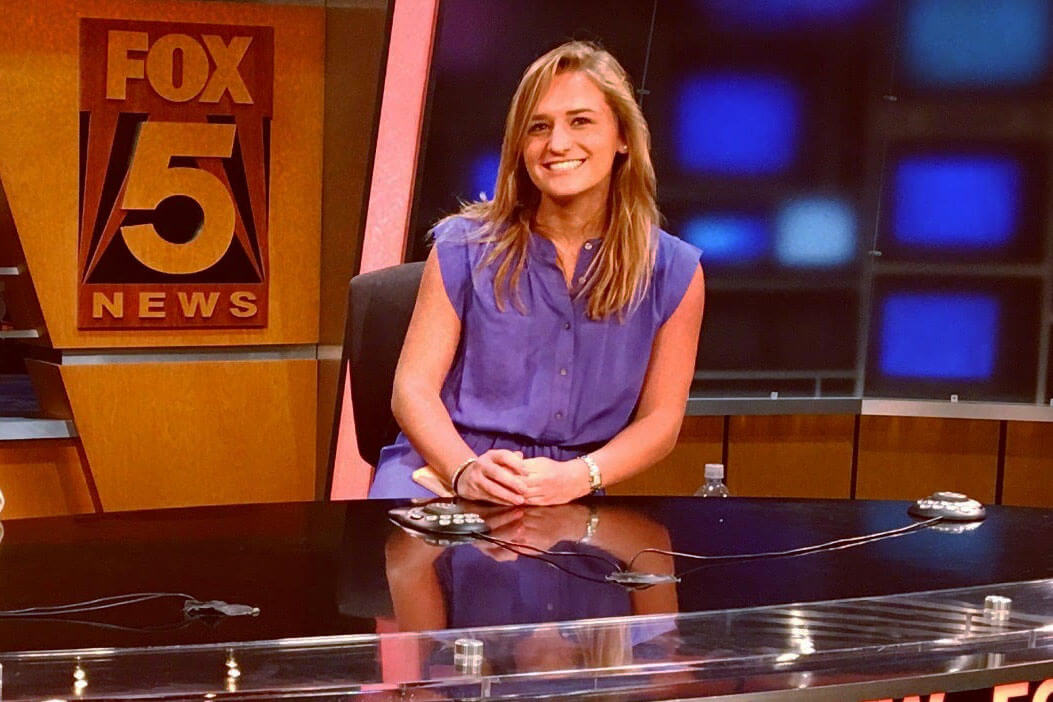 Political science and film, television, and theatre major Sydney DeVoe on the set of Fox 5 News in New York City.

When Sydney DeVoe came to Notre Dame, she was convinced she would be pursuing a career in broadcast journalism.

But after four years and seven internships, DeVoe realized her political science and film, television, and theatre majors provided her with more career options than she originally thought.

“Now, I have all these skill sets and a deeper understanding of a lot of different businesses and career choices,” DeVoe said, “which is fun because I am really leaving knowing that I could do anything with these majors.”

In addition to providing a plethora of opportunities outside the classroom, DeVoe has found that her majors complement each other and work together to deepen her learning.

“Their histories actually intertwine a lot,” she said. “And especially now, politics and media overlap all the time. So, it’s been very cool to study both of these things.”

After various, wide-ranging internships at 21st Century Fox — focused on production, editing, marketing, finance, and legal work — and a valuable experience working in London with a Member of Parliament her junior year, DeVoe is encountering a problem that many students may envy.

She has too many career paths she could pursue after graduation.

“My problem is that I’ve loved everything that I’ve done,” DeVoe said. “So I’m not sure what exactly I want to do now, but I think all of them have helped me.”

“I think that was really valuable — doing what I thought I wanted to do — and coming out saying, ‘OK, I don’t want to do that, what do I do now?’ So then I started to rethink a lot of things.”

Each experience has either led her rule out certain paths or add another possible trajectory to the list.

DeVoe’s first internship occurred the summer after her freshman year, when she worked for Blue Sky Studios, an animation studio of 21st Century Fox. The rotational internship included roles in the story, design, marketing, finance, and human resources departments.

“I really left with a good sense of the business, which I thought was really nice,” DeVoe said. “It taught me early on to start thinking about things other than news.” 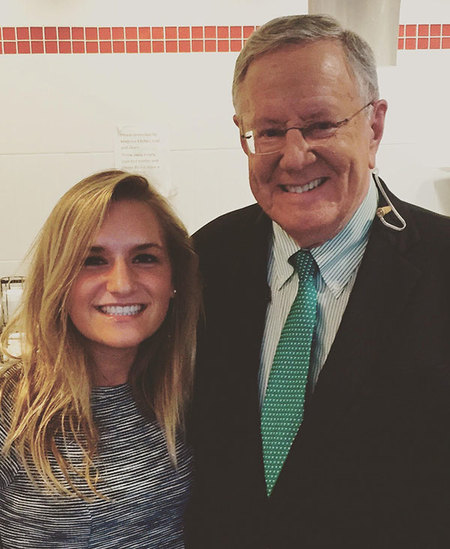 DeVoe with businessman and TV personality Steve Forbes during her internship with Fox Business Channel.

The following summer, DeVoe was a production intern for the Fox Business Channel program After the Bell in New York City. There, DeVoe had the chance to pitch stories and write segments for the program, learning a lot along the way.

But despite her progress throughout the summer, which led to her writing and producing her own segment, she left realizing that she didn’t want to pursue broadcast journalism.

“I think that was really valuable — doing what I thought I wanted to do — and coming out saying, ‘OK, I don’t want to do that, what do I do now?’ she said. “So then I started to rethink a lot of things.”

Entering her junior year, DeVoe was asked to be a teaching assistant for a first-year American politics class, a role that taught her a valuable lesson.

“Never say no to anything,” she said. “That’s something I’ve definitely learned, especially in my internships. Always say yes. Everything is helpful in trying to figure yourself out.”

That spring, DeVoe accepted an internship at Parliament while studying abroad in London — an experience that opened her eyes to a whole new career path.

“I had never thought about working in government, but that’s something that I’m now really considering because I loved working in Parliament,” she said.

DeVoe attributed her success in her Parliament internship to the writing and research skills she learned in her Arts and Letters classes. For one project, DeVoe co-wrote a speech for MP Nigel Huddleston that ended up formulating a debate a week later.

“Being able to write clearly and effectively and being able to synthesize things quickly helped me, particularly in Parliament,” DeVoe said. “They seemed very impressed with the quality of research I was able to give them, which is why they allowed me to take on more things.” 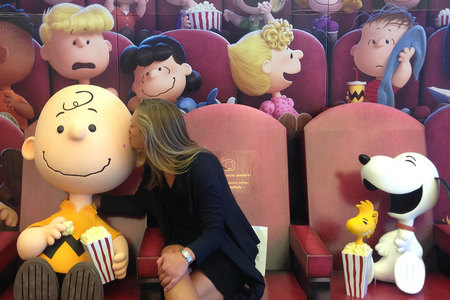 DeVoe with a promotional display for The Peanuts Movie, produced by Blue Sky Studios, where she was part of a rotational internship program.

After DeVoe’s success at Parliament, she started toying with the idea of attending law school. The summer before her senior year, she explored this further with an internship in the corporate legal department of 21st Century Fox.

While law school is still on her mind, DeVoe is “still trying to figure out what that best first job is.”

Looking back on her first year when she thought she had it all figured out, DeVoe knows she has come a long way.

And while her future is more uncertain these days, that uncertainty isn’t scary. It’s exciting.

“I see it as an adventure,” she said. “I’m definitely more willing to just go for it, and that’s advice I’ve gotten in all of my internships. You really just have to try things for yourself.”