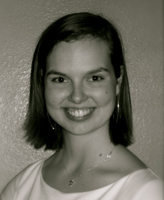 Carly Anderson, a recent graduate of University of Notre Dame, has been named one of 15 winners of the 2012 Gilder Lehrman History Scholar Award.

The new award recognizes outstanding graduating college seniors from across the country who have demonstrated academic and extracurricular excellence in American history or American studies.

Anderson and the other winners will travel to New York City in June for a series of special presentations in their honor, including meetings with eminent scholars, exclusive behind-the-scenes tours of historic archives, and an awards dinner.

Anderson, a history major and European studies minor in the College of Arts and Letters, wrote her senior thesis on the Boston Tea Party and says she is particularly drawn to colonial history.

“Colonial experiences offer a study in cultural clashes and resolutions,” she says. “How do peoples resolve differences of language, customs, and worldview? Often placed against the backdrop of land contestation, cultural negotiations in colonial settings reveal the relativity of societal successes and failures. The fledgling years of a society prove formative in developing that society’s character and collective ideology—in short its future.

“As the United States grows increasingly more removed from its colonial past, research into our origins proves ever more vital. Our collective memory—and collective identity—is at stake.”

Anderson is one of several Notre Dame history majors to be honored by the Gilder Lehrman Institute in recent years. Michael Johnson ’12 was one of just 10 undergraduates nationwide invited to an intensive, five-week research trip in summer 2011 through the institute’s History Scholars Program. Justine Murnane ’11 and Sam Fisher ’11 were among 30 undergraduates selected to attend a one-week Gilder Lehrman History Scholars Program seminar in summer 2010.

In 2012, the institute replaced the one-week and five-week History Scholars Program for undergraduates with the new History Scholar Award for graduating seniors.