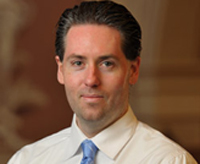 Cancer is an ominous disease in the modern world. When it strikes, we seek treatment, mourn its all-too frequent victims, and celebrate survivors. It is the survivors who are the research interest of Errol Philip, a fifth-year doctoral student in Notre Dame’s Department of Psychology, now completing a yearlong internship program at the Yale University School of Medicine.

Philip has spent his graduate career examining the psychological well-being of cancer patients and survivors. He has sought to raise awareness of the issues facing survivors and to challenge the common belief that “once a person finishes treatment, the sun comes out and life goes back to normal.” All too often, he says, “survivors continue to experience significant levels of distress—in some cases, levels mirroring those of persons undergoing treatment.”

Philip, a native Australian, came to Notre Dame because of its strong clinical research program in psychology, including an established program in psycho-oncology and a leading quantitative department. Philip says he always knew that he wanted to use his research and clinical training to help others.

“My career aspirations began to take a more formative direction when a mentor at the University of Melbourne introduced me to a charity foundation that provides support services to cancer patients,” he says. “The center, at which cancer patients can find support and counseling as well as take classes in meditation, nutrition, and pain management, was founded by a cancer survivor who, 20 years earlier, had been considered a ‘miracle case’ of cancer remission. Through this experience, I began my own practice of meditation and, professionally, began to explore the intersection of psychology and health.”

“As I progressed through my undergraduate degree, I continued to visit the foundation and began to speak with others who had been touched by cancer,” Philip says. “The most profound aspect of this experience was observing the crucial role that an individual’s mental health played in his or her ability to manage this disease. I watched the inspiring ability of some patients to cope with the frequently overwhelming psychological and physiological effects of cancer and even to find meaning in this experience. Too frequently, however, I would observe the torment that a patient’s distress could add to the experience of cancer.”

As a graduate student at Notre Dame, Philip’s research focused on further understanding ways in which individuals coped with cancer and how this information could improve health care services. Under the guidance of his adviser, Notre Dame Psychology Professor Thomas Merluzzi, Philip conducted research funded by a highly competitive National Institutes of Health Pre-Doctoral Fellowship Grant, won the Society for Behavioral Medicine’s 2010 Excellence in Research Award and the Notre Dame Graduate Student Union 2010 Research Symposium Award in Social Science, and earned a spot in the American Psychological Association’s GradPsych journal.

Philip found that 20 percent of the cancer survivors in his study reported distress levels indicative of clinical depression, despite being, on average, 10 years post-treatment—levels that were similar to those reported by patients undergoing cancer treatment. Surprisingly, he determined that “social support was not a significant predictor for distress; however, survivors’ self-efficacy, or confidence around coping, was strongly related to mental health. Women’s self-efficacy depended largely on their confidence in handling emotions; while for men, the critical factor was confidence in their ability to remain active and the receipt of understandable medical information.”

While maintaining his research interests, Philip is now at the Yale University School of Medicine to complete his final year of clinical internship training. As a pre-doctoral fellow, he will spend the year “gaining exposure to a wide range of clinical domains in health psychology. These will include working with patients in the newly opened cancer center, as part of a transplant team, and also as part of the neurosurgery and neuropsychology department.”

Philip received a Notre Dame Graduate School Zahm Travel Grant in his first year, an award he calls “the precursor to many of the wonderful opportunities I have been afforded, and an invaluable part of my professional development and success at Notre Dame.”

“That grant enabled me to spend the summer in New York City at one of the top cancer centers in the country, Memorial Sloan Kettering,” he says. “I spent time with mentors who successfully balanced research and clinical careers and was able to gain invaluable guidance in professional and research development. I also initiated research collaborations and developed grant-writing skills that would enable me to compete for the NIH grant two years later.”

Philip’s dissertation research will build on his earlier findings and seek to develop an advanced distress screening system to be used in cancer care. “It is my hope that this system will enable health professionals to more accurately identify patients who are in need of supportive care services,” he says. “The effective management of distress can not only improve a patient’s quality of life, but also enhance the immune system, enable greater tolerance of chemotherapy and radiation regiments and help prepare them for life after cancer treatment.”