From a group of almost 3,000 applicants, the foundation awarded 177 Fellowships this year to a diverse group of scholars, artists, and scientists “on the basis of prior achievement and exceptional promise.”

“The Guggenheim is one of the nation’s most prestigious fellowships,” said John McGreevy, I.A. O’Shaughnessy Dean of the College of Arts and Letters. “We’re delighted that Don Crafton and Scott Monroe are continuing our strong tradition of excellence with these awards.”

Faculty members in Notre Dame’s College of Arts and Letters have won 15 Guggenheim fellowships in the past 14 years. 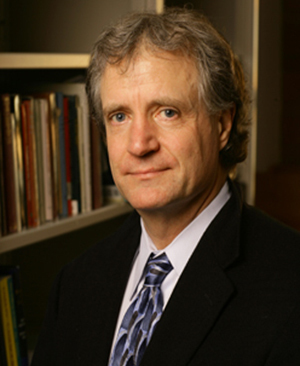 Monroe, William K. Warren Foundation Professor of Psychology, has spent much of his career investigating the role of life stress in provoking episodes of major depression. Over the past decade, he has begun to focus on why some people experience repeated episodes of depression over the life course and others don’t. He will use the Guggenheim fellowship to try to discover early indicators of recurrence risk for major depression.

“One of the big problems with previous research is that we’ve been misled into thinking that almost everybody who develops depression for the first time has a recurrence; in fact, about 50 percent never have another episode—and we don’t know much about them,” Monroe said. His most recent work has helped to document this important finding, and to shed light on the flaws in the science behind the errant statistics.

Depression has been predicted by 2020 to be the second leading cause of disease disability in the world, Monroe notes. “Partly that is due to how common depression is, but it’s this recurrent aspect that really accounts for the public health concern and the devastating personal consequences associated with the disorder.”

Monroe will work with colleagues to explore the data from a 15-year longitudinal study of people with depression, looking for factors that distinguish those who go on to multiple recurrences from those who do not. In a separate narrative project, he will interview people who have experienced many episodes to determine if they can provide key information about the psychosocial circumstances surrounding their very first episode.

“We’re in a good position to begin to test and understand the kinds of factors that may forecast likelihood of recurrence, setting the stage for more detailed genetic, biological, and psychosocial research on high risk,” Monroe said.

In a focal piece of the project, Monroe is interested in comparing the types of depression that come about following major life stress with those that appear to arise “out of the blue” (i.e., unprovoked by a significant life event). Determining if people with recurrent depression experience their first episode after major life stress — or not — will provide a pivotal finding for advancing understanding of the psychobiological mechanisms underpinning recurrence risk.

“Recurrences of depression may be a tractable problem that we can actually do something about,” he said. “If we learn more about recurrences, too, our understanding might be traced backward to enhance understanding of the less recurrent forms of the disorder. That’s why I’m so excited about this work. It’s manageable, and there are good possibilities. If we are fortunate, we could make a nice contribution here.”

Monroe was one of just three psychologists nationally to be awarded a Guggenheim Fellowship. 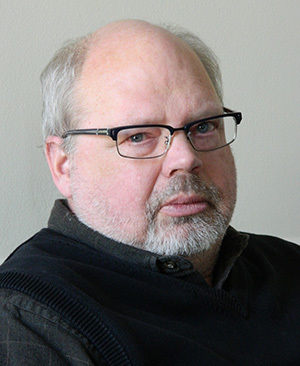 Crafton, the Joseph and Elizabeth Robbie Professor of Film, Television, and Theatre at Notre Dame, will use his Guggenheim Fellowship to research and write about a group of Los Angeles artists who influenced the visual style of the Disney animation studio in the 1930s.

“They were a group of painters who revived the lost art of watercolor painting and rejected European avant-gardism, which was catching on in L.A. at the time,” Crafton said. “They thought watercolors were most appropriate for capturing the luminosity and transparency of the distinctive California atmosphere. The palettes are typically bright, vibrant colors.”

Known as the California Watercolor Association, the artists were enlisted to teach Disney’s animators and then hired as employees when Walt Disney opened his own art studio. Along the way, their philosophy and techniques became highly visible in Disney productions.

“It was a happy accident,” Crafton said. “The European storybook style of animation disappeared very quickly and the new white palette and geometrical shapes started to predominate.”

Crafton uncovered the influence of the group while working on his book, Shadow of a Mouse: Performance, Belief, and World-Making in Animation (2013), which won the Society for Media and Cinema Studies’ Anne Friedberg Innovative Scholarship Award. The prize recognizes “the best new scholarly work that exemplifies rigorous, interdisciplinary, and theoretical inquiry into issues of vision and visuality.”

When he returns from his one-year sabbatical, Crafton plans to bring his research into the classroom, where he explores the ways that animation interacts with modern art. He said the project could turn into a book, a gallery exhibition, or an online archive.

In 2001, the Academy of Motion Picture Arts and Sciences named Crafton an inaugural Academy Film Scholar. He has received several major fellowships, including two from the National Endowment for the Humanities. And in 2007, he received the University of Notre Dame’s Presidential Award.