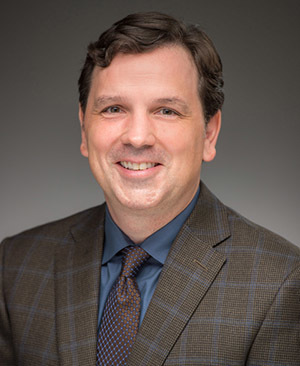 A spring lecture given by Darren Dochuk, associate professor of history at the University of Notre Dame, will be televised on C-SPAN 3 at 8 p.m. and midnight EDT Saturday, June 24. (Note: The full lecture is now available on C-SPAN's website.)

The lecture was part of a course titled The History of Oil in American Life, which offered a chronological, thematic, and contemporary examination of oil in modern America.

“Besides tracing the long history of the oil industry and petroleum culture from mid-19th-century America to the present day, students also paused to consider how oil was and remains so central to our society’s politics and economics, values and culture, labor and land use practices, technological development and urban-suburban spatial designs, and daily life,” said Dochuk.

The 75-minute lecture airing June 24 focuses on “the tumultuous developments of the mid-20th century, when the epicenter of oil production shifted from North America to the Middle East,” he said. Dochuk explores the broader context for the shift in oil exploration to Saudi Arabia and the Middle East and focuses particularly on how religion and politics shape the oil industry.

“For instance, the class looks at how a few Arabists — American Protestant diplomats with ties to missionary communities in the Middle East — saw oil exploration there, with the U.S. in the lead, as crucial to development/modernization of the region,” Dochuk said. “It also maps out some of the divisions within the American petroleum industry, politics, and religious culture that the shift to Saudi Arabia, and the shift of the U.S. to an importing nation, created, all with lasting effects — many of which we are still dealing with today.”

The taping is part of C-SPAN’s Lectures in History series, and will be available for viewing online and as a podcast in the week after the lecture airs.

In December, Dochuk was awarded a National Endowment for the Humanities fellowship, allowing him to write a book exploring the relationship between oil and religion. His research interests include the intersections of religion, politics, and the American West and Southwest, as well as the Cold War and the politics and culture of energy and the environment. He is the author of From Bible Belt to Sunbelt: Plain-Folk Religion, Grassroots Politics, and the Rise of Evangelical Conservatism (Norton, 2011), which won awards from the Society of American Historians, the American Historical Association, and the Organization of American Historians.