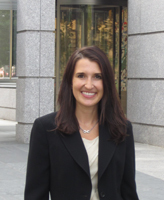 And by majoring in political science, students come to know both.

“Our students learn something about the world and something about themselves,” Kaplan says. “They learn a more analytical approach to figuring out things that aren’t immediately obvious,. They also learn how to figure out when they have a good idea worth sharing and how to present their own ideas and analysis.”

This training, he says, gives those who study political science an edge in other courses at Notre Dame and in life after college.

Majoring in political science is about so much more than just politics, Kaplan says. The curriculum is designed to help students develop into well-rounded thinkers with the innovative, analytical, and communications skills today’s economy and employers demand.

Students also have many opportunities to learn beyond the traditional classroom setting during their undergraduate years, from independent research to study abroad and internships. “Of our current seniors, 23 percent are writing a senior thesis this year,” Kaplan reports, noting that topics range from the symbolism of the Statue of Liberty to the different uses of AP tests by high schools and colleges.

In addition to connecting students with internship opportunities through the Career Center, the department currently works with about two dozen local agencies that offer work experiences to political science majors. Students who study abroad or participate in the Washington Program can get assistance seeking internships in those locations as well, Kaplan says.

“One of our students got an internship in London with [advertising company] BBDO—and now she works for the firm in New York,” he says. “As a political science major, she was able to bring a new perspective to the world of advertising.”

By providing both breadth and depth, Kaplan explains, a major political science helps train students to succeed no matter what they choose to do after graduation.

“We are trying to give our students the best educational experience that we can—and give them an education that they can continue to draw on for many years to come,” he says.

According to Notre Dame Career Center statistics, the paths the Class of 2010 took varied widely:

Just one year after graduation, only one percent were still looking for employment. 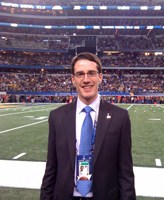 The first job Dan Carey ’06 landed after completing his political science degree at Notre Dame was as sponsorship manager of customer marketing and sales for the National Football League.

“I was able to leverage my liberal arts training as part of the marketing and sales staff at the NFL—and now continue to do so in a business development role at a dynamic, global sports marketing firm,” he says.

Andrea Selak ’00, director of strategic planning at American Express, says her political science major at Notre Dame built a solid understanding of the nuances of both domestic and international environments.

“It enables me to think about and address business issues in a holistic manner,” she says, “taking into account the many factors in play in a situation and developing strategies for addressing them effectively.”

For his part, Andrew Bertoli ’09, chose to continue his education at the post-graduate level and is now a Ph.D. candidate at the University of California, Berkeley. “I was really prepared for graduate school thanks to the professors in the department, who provided me with a great background and taught me how to write innovative research papers,” says 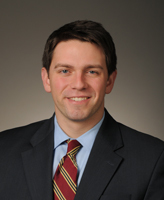 David Baron ’06 went on to Harvard Law School and now works as an associate at Sidley Austin LLP in Chicago. “My political science courses taught me not only how to analyze complicated political, social, economic, and legal frameworks but, more importantly, how to convey that analysis through written word—a skill I use everyday as an attorney.”

Yet another alumnus, Brendan Boyle ’99, completed a master’s degree in public policy at Harvard’s John F. Kennedy School of Government and is now actively shaping public policy as a member of the Pennsylvania House of Representatives.

Because political science majors have access to such a wealth of educational opportunities, says Kaplan, the department focuses on assisting students one-on-one to help them develop their courses of study and make plans for their futures.

Such an environment, he says, allows students to shine intellectually while they prepare to shine professionally.