University of Notre Dame professors use a variety of instructional models in the classroom, from the traditional lecture to the Socratic seminar.

But two recent undergraduate courses in the Department of Political Science have offered a different approach—immersive participatory experiences.

Whether designing, administering, and analyzing their own opinion poll or creating a mock Congress, political science students in these courses gain real-world experience that enlivens learning and can even give them an edge in the job market. 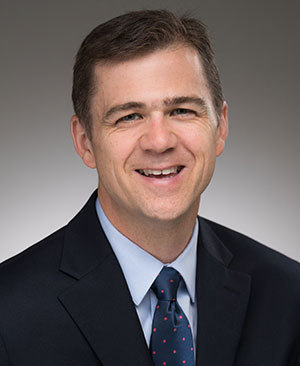 When students enter David Campbell’s Designing and Analyzing Public Opinion Surveys course, they’ve heard a lot about poll results. But they likely don’t have an understanding of the process behind that data.

“Understanding how public opinion surveys work is an integral part of many social science disciplines, including but not limited to political science,” said Campbell, Packey J. Dee Professor of American Democracy and chair of the department. “It’s an excellent opportunity to provide a marketable skill through a political science course.”

Designed for a small number of students, the course does away with the standard classroom experience. Aside from a few lectures at the beginning of the semester, classes are conducted as team meetings—students are divided into groups to work on different parts of an opinion survey.

“It’s attracting the kind of student who wants to work independently, or at least not be given the same kind of direction that you would in most courses,” Campbell said.

The poll aimed to examine links between religiosity and political attitudes, the effect of news media on personal opinions, and how attending college altered students’ political beliefs and religious practices. It was sent to a random sample of Notre Dame undergraduates as well as political science students at three other universities.

For junior Allison Caparros, who took the class in spring 2015, the experience provided both academic and personal benefits. Learning how to develop a public opinion poll and how to use that data for research left a lasting impression. But she also finished the class as a more informed consumer of news and information.

“I gained the ability to look at public opinion polls and research more critically,” said Caparros, a management consulting major. “It’s important to recognize what actually is indicative and what is just noisy media hype.”

Political science and Italian major Danielle Arthur ’13 took Campbell’s class in 2012, and said the fundamental skills she acquired helped her succeed in the job market.

After graduation, Arthur began working as an analyst at Gallup Inc., a leader in the public polling industry. She won the company’s “Rising Star” award within a year.

“Gallup is a relatively small company, so right away I was being put into meetings with senior partners who were truly interested in hearing my thoughts and what I had to say,” said Arthur, now a student at Columbia Law School. “When the thoughts I voiced included the firsthand experience I had developed from Professor Campbell’s course and the thoughtful ideas I had that grew out of that, they wanted to hear what I had to say even more.” 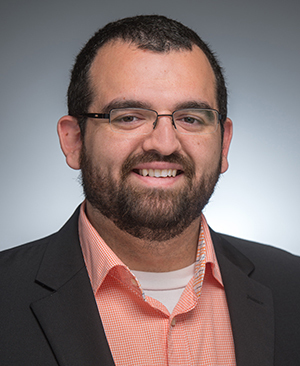 A course called The American Congress could involve studying how the legislative branch works from a distance. But Assistant Professor Gary Hollibaugh would rather have his students learn through experience.

Hollibaugh assigns each student the role of an elected official—complete with positional requirements, a political party, a state, and the various challenges that come with these requisites. Party leaders are elected within the first week of the semester.

The students then begin their task of running a model government—either the U.S. Senate or House of Representatives—aided by LegSim, a Web-based simulation system that tracks the group’s legislative actions.

“The goal is to get students to think critically about how Congress is portrayed in the media and to compare it to their own in-class experiences,” Hollibaugh said. “If nothing else, they quickly realize exactly how congressional behavior is structured by different institutional and electoral incentives and that effective lawmaking and effective representation are rarely one in the same.”

In the class, students work together to decide how committees are formed and who leads them, what bills to create and advance, and when to debate and vote. A point system scores each student’s actions, ensuring they take into account the various electoral incentives or political pressures facing, for example, a Democrat elected in a conservative state.

“I hope to give them an idea of the entire process,” Hollibaugh said. “It’s not just writing legislation—it’s figuring out which legislation to push, who to put in charge of everything, and all the while keeping track of what the consequences are for people back home.”

Kyle Palmer, an accounting major and constitutional studies minor who was Senate majority leader when he took the class in spring 2015, said the students took their roles extremely seriously. In many cases, the role-playing exercise helped them reorient their perspective of the polarized world of politics.

“Each side has a picture of what the other side should be like, and it’s not even close to reality,” the Utah native said. “Often, Republicans and Democrats know what the other believes, but they don’t know why they believe it.”

As chair of the department, Campbell said he hopes to encourage more faculty to offer these kinds of participatory courses.