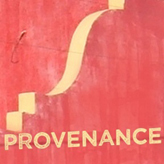 The story focuses on two Mexican-American sisters living in Los Angeles, she says. “They learn that their Mexican great-grandfather was a painter whose work is now very valuable. They receive a stolen painting of his and have to decide—are they going to sell or keep the painting?”

Provenance runs November 16-20 at the Philbin Studio Theatre in the DeBartolo Performing Arts Center. Associate Professor Kevin Dreyer is directing the student-driven show, and he and García-Romero have been close collaborators throughout the production process, she says.

“It’s really a gift to have this chance to not only write my play with the support of the fellowship but to be involved in the first workshop production,” García-Romero says.

While García-Romero began writing the play in Fall 2011, the idea had been germinating for several years. In 2007, on a business trip to New York City, she says she came across an art exhibit for deceased Mexican painter, Martín Ramírez.

“I was completely amazed by its beauty and its haunting quality,” García-Romero says. “Then I learned about his life and became really inspired.”

Ramírez emigrated to the United States in the 1920s, where he ended up both jobless and homeless in the midst of the Great Depression. California state authorities eventually placed him in a mental hospital, where he remained for the rest of his life.

“During his time in the hospital, he made paintings that reflected his life in Mexico, his faith, his world view,” García-Romero explains. It was only after he passed away that many of the paintings were sold to an art dealer and gained significant critical acclaim.

With support from the Moreau Fellowship program and the University’s Institute for Latino Studies (ILS), García-Romero traveled to California and to Ramírez’s home town in Jalisco, Mexico to learn more about his life. Research in hand, she then began to write, a process that continued even through early stages of rehearsal.

From Page to Stage 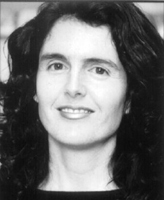 “I can’t see how a play works until I experience my words in the mouths of the actors and in their bodies on the stage,” says García-Romero, who attended auditions, conducted script readings, and worked with the entire production team—including FTT students—to revise and polish the script leading up to the opening.

Soon, the wait will be over. “It’s always thrilling to sit in the audience and see my play in three dimensions,” she says. “It’s the only way I can fully learn what I’ve written.”

One of the more challenging aspects of playwriting, García-Romero adds, is that the learning process takes place in public. “I talk to my students about that vulnerability and the importance of creating a safe space with one’s collaborators to experience that vulnerability,” she says.

Teaching playwriting, script analysis, and dramaturgy has helped “immensely” with her own writing, García-Romero says. “I get to share my knowledge and watch students experience and explore their voices as writers. Their courage, inventiveness, and talent inspire me time and again.”

A professional playwright for the past 15 years, García-Romero has written 25 plays, including one that she is adapting into a screenplay in collaboration with actor/director Andy Garcia. Also a theater studies scholar, she is working on a book about contemporary Latina playwrights. She says her experiences as a Moreau Fellow at Notre Dame have been invaluable.

“My writing has had an opportunity to deepen, and I’ve had the gift of community, resources, and time to focus more intently on this play in particular and my writing in general,” she says.

In conjunction with the new production, García-Romero has organized a conference on November 17 called Latina Theater Today: New Voices, featuring two free panels of leading theater professionals and scholars exploring the current state of Latina theater. The conference is sponsored by the College of Arts and Letters, the Department of English, FTT, the Gender Studies Program, ILS, the Institute for Scholarship in the Liberal Arts, Multicultural Student Programs and Services, and the Office of the Provost.

“I am excited because it gives me an opportunity to express my work as both an artist and a scholar,” she says, “and it’s allowing Notre Dame to welcome a group of phenomenal artists and scholars to campus to help contextualize the play and the whole field of Latina theater.”