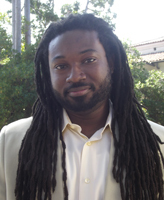 Literature courses are practices in close reading, but one class at Occidental College is equally an exercise in active listening. Taught by postdoctoral fellow James Ford III, who received his Ph.D. in English from Notre Dame in 2009, the course explores the aesthetic and philosophical evolution of the music genre known as hip hop.

“U.S. hip hop is often discussed in terms of its decline,” says Ford. “But before we come to conclusions about what art form has destroyed itself, are we sure that we know what we’re listening for?”

For the class, Ford assigns philosophical works written long before hip hop existed as well as the lyrics and beats of artists like Lauryn Hill, Kanye West, and the late Notorious B.I.G.

“Hip hop is such a rhythmically based art form; I’m surprised how many scholars don’t discuss the beat at all,” Ford says. “Sometimes, meaning comes in places where you don’t expect, so all of that is up for discussion in the classroom.”

Ford, who will join the Occidental faculty this fall as an assistant professor of English and comparative literature studies, also teaches an advanced course called Black Reconstruction: Reading Radicalism in African American Literature.

“We often assume some sort of radicalism in African American lit, but what do we mean by radicalism? I’m interested in exploring the political through the art, but I’m not interested in simplistic conclusions or coming up with the final word for people,” he says. “I introduce students to a range of political perspectives without demanding that they make any sort of political commitment.”

“Instead of thinking of crisis as something that paralyzes us, it may be the very thing that enables us,” Ford says. “And sometimes the people that we’re looking for to be the leaders when everything is stable may not be the people we should look to in crisis—they might be the people we dismissed in times of stability.”

Ford credits Notre Dame’s Department of English with helping to prepare him for professional success.

“I knew I wasn’t going to an English department that was famous for producing African American lit scholars, but I’m very appreciative that the faculty supported my broad intellectual interests,” he says. “I came in focusing on African American lit, but I draw on several different fields—leftist thought, ethics, religion—and so many faculty offered me their expertise.”

“It gave me a sensitivity to detail that I was lacking, and it has followed me ever since,” Ford says. “A key element of my dissertation and first book project is connected with archival research—the various drafts and correspondence, the events of the day that [writers] were responding to. All of that material made my project much more persuasive.”

Ford says three other College of Arts and Letters professors in particular helped him grow as a scholar and teacher: Joseph Buttigieg, William R. Kenan Jr. Professor of English and director of the Ph.D. in Literature program; David Ruccio, professor of economics; and Ivy Wilson, formerly in the Department of English and now at Northwestern University.

“Joseph’s own work is interested in the relationship between art and history and the political, and we still have a very close relationship,” Ford says. “Ivy made sure that I knew how I was contributing to my specialized field and helped me prepare for job interviewing. And David helped me think about the broader implications of my work outside of my field and even outside of the humanities.”

Ford served as an assistant to Ruccio when he was editor of Rethinking Marxism, a journal of economics, culture, and society.

“I learned many lessons about interacting with scholars but also the complete process of how something goes from an idea to a draft to a final manuscript. I made a whole lot of mistakes, but I appreciate it now because I have to do those same things in my work.”

Ford also gives credit to his fellow undergraduates from Morehouse College. “I was surrounded by other English majors who genuinely believed that art mattered in the world. We were poets, rappers, dramatists, and we were so fired up.

“I started to see then that I could be a teacher and that art wasn’t just a hobby.”