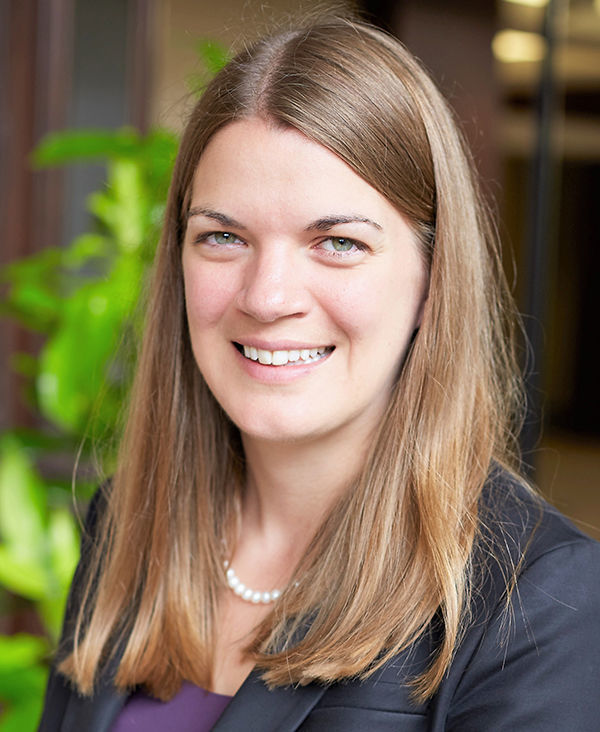 She just didn’t realize what an impact it would have on her career.

The experience still resonates today in her work as an attorney at the Tahirih Justice Center — a national nonprofit that provides pro bono legal services to immigrant women.

Hasse, a Spanish and anthropology major at Notre Dame, volunteered with the Peace Corps in rural Nicaragua before going to law school.

Now, she works primarily on immigration and asylum cases in Houston, Texas, where she draws on her Peace Corps experience often — especially when working with clients from Central America.

“I didn’t plan this, but I work almost exclusively with Central Americans because of the recent gang and civil war crisis happening in the countries there,” Hasse said. “And I have a really unique ability to understand where they’re coming from because of the concrete, on-the-ground experience I had there. It helps me relate to them in a way that a lot of people can’t.”

“My experiences in college and after college helped me to understand what service means and to come into this job knowing what I’m getting into. It can be tough to work within these systems and to assist clients with all these different issues — but the point is that we’re doing it because we want to help.”

The path to service

Hasse is the sixth person in her family to join the Peace Corps. Her parents served in Ethiopia as a newly married couple. Her brother, now a priest, went to El Salvador, and her aunt and uncle spent two years working in Swaziland.

Knowing that she wanted to follow in their footsteps, Hasse saw Notre Dame’s College of Arts and Letters as an ideal first step on that path.

Growing up in Iron Mountain, Michigan, she began studying Spanish in third grade. When she arrived at Notre Dame, she wanted to continue to study the language and incorporate it into service work.

Her Arts and Letters education gave her many opportunities to live, study, and serve in Spanish-speaking countries. With funding from the Kellogg Institute for International Studies, she traveled to Oaxaca, Mexico, to do service work after her sophomore year. She spent her junior year studying abroad in Santiago, Chile, and the following summer studying the Quechua language in Cusco, Peru.

Those international experiences, along with her Spanish and anthropology coursework, proved valuable when Hasse entered the Peace Corps.

“I was far more prepared than most of my peers in the Peace Corps to live and work abroad,” she said, “and I was able to adapt quicker than people who had never done it before.”

Hasse served in Sisle, a small village in northern Nicaragua, where she helped villagers with everything from running a corn mill cooperative that her Peace Corps predecessors had begun to establishing community banks and teaching cooking classes. The hands-on experience motivated her to seek a career rooted in service.

“I knew that I wanted to do something later working with Spanish speakers,” she said, “but I wasn’t exactly sure what that was until I served in the Peace Corps. It was then that I decided on law school.”

“I think that type of experience after college is always going to help you grow and prepare you for further education. School is hard, but there’s so much more out there to worry about and to deal with.”

After the Peace Corps, Hasse went to Boston University School of Law — where her time in Nicaragua gave her a much different perspective than her classmates.

“I always felt like I was a little bit more laid back than my peers because I had seen what real struggles look like. School is hard, but there’s so much more out there to worry about and to deal with.”

Hasse continued to seek out service opportunities in law school, and in her first year worked as an interpreter on an asylum case for a woman from Guatemala. Hasse still keeps in touch with the client, who finally won her case about a year ago, and the experience inspired her to pursue immigration law.

She interned with the Tahirih Justice Center’s office in Falls Church, Virginia, during law school and accepted a position with the organization after graduating in 2014.

Despite the challenges of working within a complex immigration system, Hasse said the commitment to service she developed at Notre Dame and in the Peace Corps keeps her going.

“My experiences in college and after college helped me to understand what service means and to come into this job knowing what I’m getting into,” Hasse said. “It can be tough to work within these systems and to assist clients with all these different issues — but the point is that we’re doing it because we want to help.”