Two graduates of the College of Arts and Letters will receive prestigious awards from the Notre Dame Alumni Association this fall. 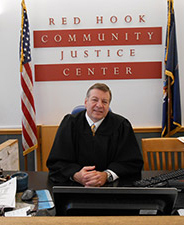 Judge Alex M. Calabrese ’75 is the winner of the Rev. John J. Cavanaugh, C.S.C., Award, named for Notre Dame’s 14th president. It honors an alumnus or alumna who has performed outstanding service in the field of government or public service.

Calabrese, who majored in psychology at Notre Dame and graduated from Fordham Law School, is the presiding judge of the Red Hook Community Justice Center in Brooklyn, N.Y. The Red Hook court is the first multi-jurisdictional court in the United States, with criminal, family, and housing court jurisdiction.

On the bench, Calabrese offers an array of sanctions and services, including drug, mental health, and trauma counseling, a GED program, education and job training programs, youth court, after-school programs, and peacemaking.

“Every day throughout our country and around the world, Notre Dame graduates and students are performing acts of public service,” Calabrese said. “No one told us at school to do this, but being a student at Notre Dame taught us that helping others was part of our faith and the Notre Dame way of life.”

The Red Hook court has garnered national and international attention and is considered a model of procedural fairness and justice, treating offenders with respect and as members of the community. It has inspired the creation of similar courts in Indianapolis and other U.S. cities, as well as in Australia, Canada, South Africa, and the United Kingdom. 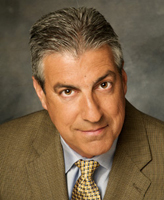 Chris Stevens ’74 will receive the Harvey G. Foster Award in honor of his work on behalf of the Notre Dame community and those in need.

An economics major, Stevens held leadership roles with Procter & Gamble and Anheuser-Busch then joined Keurig Inc. in 1996. He was one the original four team members who launched the Keurig Premium Coffee System, which is now the No. 1 coffee brewer in North America.

Stevens oversaw the Keurig brand, sales, distribution, and marketing strategies. He left Keurig in 2013 to take a position as an adjunct professor at the Mendoza College of Business. Since returning to his alma mater, he has won numerous awards for his teaching.

“I am truly humbled to be mentioned in the same breath with the distinguished alumni who have been previously honored with the Harvey Foster Award,” Stevens said. “More than 40 years ago, Notre Dame gave me the foundation for a life of commitment to faith, family, friends, and the less fortunate. It is a privilege to be back here in the classroom trying to help provide that same opportunity to the amazing students enrolled in business undergraduate and graduate programs.”

In addition to his teaching duties, Stevens is the founder and CEO of CS 74 Ventures LLC, a holding company of various initiatives in which he has invested or owns, with the commitment of donating at least 50 percent of the profits to charitable causes. He also is a past board member of the ALS Association of America, the Chicago Chamber of Commerce, and the Notre Dame Monogram Club.