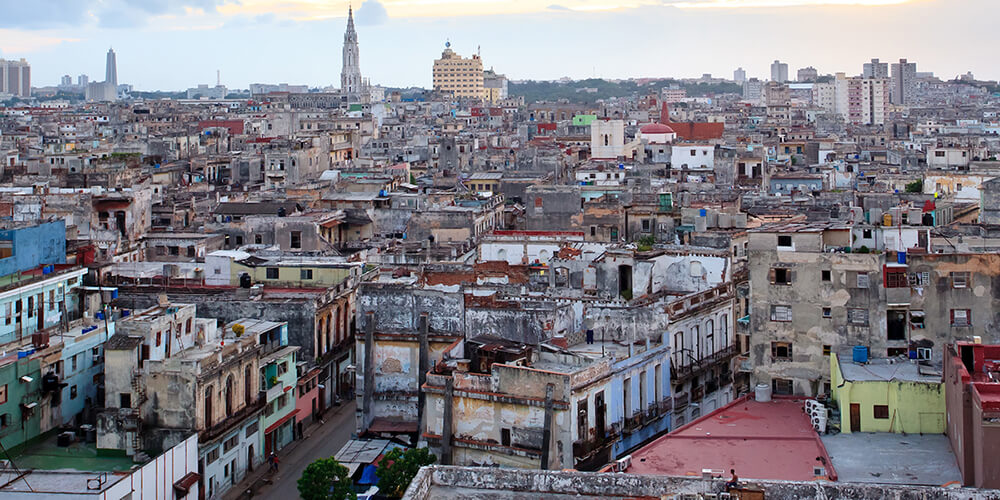 The University of Notre Dame’s Institute for Latino Studies will convene a gathering of theologians and other scholars in Havana Oct. 16-18 to discuss the impact of Pope Francis’ visits to Latin America and the United States.

The colloquium, to be held in the Casa Sacerdotal (Priests’ House) of the Archdiocese of Havana, will include participants from throughout Latin America and the United States — among them, a group of Notre Dame undergraduate students enrolled in one of the institute’s theology courses.

The meeting in Cuba will initiate a three-year study, led by Peter J. Casarella, director of Latin American/North American Church Concerns, of Pope Francis’ “Teologia del Pueblo” (“Theology of the People’”), which shaped his pastoral ministry as a priest and bishop in Argentina and continues in his pontificate and teaching today.

“This colloquium is part of our commitment to contribute to scholarly work that directly links all of the Americas, including Mexico, the countries of Central and South America, and the United States,” said institute co-director Luis Ricardo Fraga. “One cannot understand Latino communities in the United States without also understanding important international transformations in Latin America. Pope Francis’ origins in Argentina, and his overwhelmingly favorable reception in his visits to the Americas, are among such transformations with direct implications for our Catholic Church and its faithful.”

Next fall, the institute will host a meeting at Notre Dame of scholars from Latin America, the Philippines and the United States to discuss “Theology of the People” in their countries and cultures, and a year later will convene a conference to conclude the study at Notre Dame’s Global Gateway in Rome.

“This Havana colloquium is a timely opportunity to learn from colleagues in Cuba and throughout the Americas about the papal visits and pastoral vision of Pope Francis,” said institute co-director Timothy Matovina. “It is an important first step in the project’s broader goal of appreciating the significance of Pope Francis for our American continent and the world.”