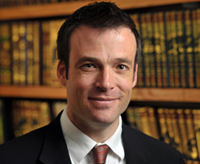 Gabriel Said Reynolds, Tisch Family Associate Professor of Islamic Studies and Theology at the University of Notre Dame, will be co-director of an international consultation to develop a plan for the formation of an independent association of Quranic scholars.

The three-year initiative, sponsored by the Society of Biblical Literature (SBL) with a $140,000 grant from the Henry Luce Foundation, will bring together scholars of the Quran to discuss the potential establishment of a Society for Qu’ranic Studies (SQS) to foster scholarship in an expanding and increasingly diverse academic field.

Remarking on the dramatic growth in Quranic scholarship in recent years, Reynolds said that “the Quran is a work of extraordinary importance, both for its witness to the rise of Islam and for its central place in Islamic societies through the centuries and still today.”

According to Reynolds, scholars in the SQS “will be encouraged to share diverse perspectives and cutting-edge research on the Quran’s language, its dialogue with other scriptures, and the context in which the text arose. By approaching the Quran as a historical, literary, and religious text, SQS will demonstrate the extraordinary and wide-ranging scholarly value of the Quran.” 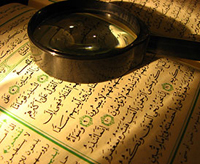 Acknowledging Islam’s long tradition of Quranic scholarship, Reynolds says that “the great commentators of classical Islam researched foreign languages and even Biblical traditions in their efforts to understand the Quran more profoundly.

“Rigorous academic study of a sacred text is itself a sign of respect for that text,” he says. “The Quran is a text of immense importance and deserves academic appreciation no less than other sacred texts.”

Reynolds says the consultation, in which he will be joined by John F. Kutsko, SBL executive director, and Emran El-Badawi, assistant professor of Arab Studies at the University of Houston, “reflects our concern to invite input from a wide range of individuals and institutions in order to be certain that we develop a society that is marked at once by academic rigor and an atmosphere of openness.”

The first public events of the consultation will be components of SBL’s annual meetings in 2013 and 2014. By 2015, Reynolds says, the SQS should be convening independent meetings and issuing its first publications in English and Arabic.